New Scientist has a brief report on a team working toward making metamaterial threads that would be functionally invisible:

… fabricating metamaterials using components small enough to manipulate the sub-micrometre wavelengths of visible light is no mean feat. To avoid that problem, Tuniz’s colleagues Boris Kuhlmey, Simon Fleming and Maryanne Large have suggested an elegant way to shrink a larger metamaterial-like structure down to a size capable of controlling visible light: assemble standard glass rods and metal tubes into a cylinder, heat the assembly until it softens, and draw it into a long thin fibre. The process preserves the shapes of internal structures, but shrinks them down to the nanoscale needed to control visible light, and the resultant metamaterial is in the form of a thread that is thin enough to be flexible, like an optical fibre. So far, Tuniz and colleagues have produced 10-micrometre-thick threads.

Now, the researchers have used a computer model to design an invisible version of their thread. To achieve that, the thread must be just 1 micrometre thick – the metamaterial absorbs some light and so would appear dark if it was any thicker. Their calculations suggest that the thread would be invisible if seen from the side – rather than end on – in polarised light.

No promises of invisibility cloaks yet, sadly. But you never know… 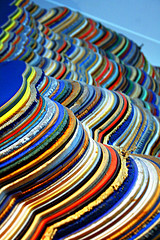 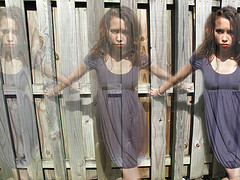