[* – my husband actually yelled this in his sleep once.] 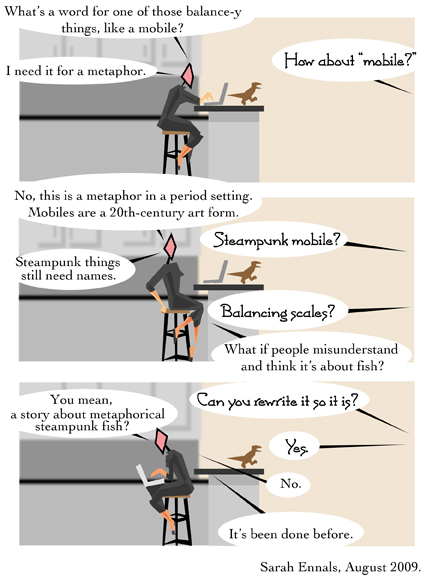 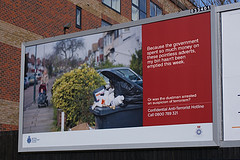 “The future is not a story to entertain you” says Michael Anissimov, back from a long blogging break. He’s tired of people viewing the future through the lens of science fiction, which he sees as being a “baked in” cultural response:

If I were in charge of a futurist seminar, one of the first things I would probably do is discourage anyone from mentioning any fictional story whatsoever. I do believe that fiction does have something to teach us about future possibilities, but the bias towards interesting stories is so overwhelmingly strong that most casual thinking about the future is thoroughly contaminated by it. No narrative can predict the future, because the future is a blur of uncertainties from our perspective, and will only appear like a narrative in retrospect.

I think I can see where Anissimov going with this, but history has demonstrated time and time again that the more you bludgeon people with reasonable rational thinking about what’s to come, the more they screw their fingers into their ears and sing “la-la-la”.

Stories and metaphor may be flawed methods of considering a non-fictional future, but they’re pretty much the only way you can get ordinary people with busy lives to think beyond the next financial year – and I’d contend a flawed method that reaches many people is better than a perfect one that reaches a few hundred.

In other words – don’t blame the tool for the mistakes of the workmen.