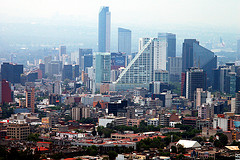 Gonzalo hadn’t told me what was going on. All he said was I had to get to La Catrina fast. Therefore, I was wearing the exo and the helmet, just in case things were really nasty. Arkasha was an added form of insurance. It’s funny how many people will run at the sight of a large dog, but not of a gun. END_OF_DOCUMENT_TOKEN_TO_BE_REPLACED