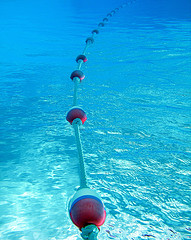 Lest anyone think that a spate of recent links from here to Charlie Stross means I’m only listening to one side of the story, here’s Michael Anissimov’s response to Charlie’s “21st Century FAQ” piece. Executive summary: he doesn’t like it, and doesn’t think much of Charlie’s books either:

1) The Singularity is not “the Rapture of the Nerds”. It is a very likely event that happens to every intelligent species that survives up to the point of being capable of enhancing its own intelligence. Its likelihood comes from two facts: that intelligence is inherently something that can be engineered and enhanced, and that the technologies capable of doing so already exist in nascent forms today. Even if qualitatively higher intelligence turns out to be impossible, the ability to copy intelligence as a computer program or share, store, and generate ideas using brain-to-brain computer-mediated interfaces alone would be enough to magnify any capacity based on human thought (technology, science, logistics, art, philosophy, spirituality) by two to three orders of magnitude if not far more.

While I’m on this tangent, I might as well point out that Accelerando sucked. I don’t know how people get taken in by this crap. You can’t get an awesome story by shoving boring, stereotypically dark-n’-dysfunctional characters into a confused mash-up of style-over-substance futurist concepts and retro hipster cocktail party backgrounds. […] It’s like 2005, but oddly copied-and-pasted into space. Even the patterns and problems of 1970 were more different from today than today is from Stross’ future.

I think it’s fair to say that Michael is still hung up on a Gernsbackian idealist template for science fiction as a prediction engine; he’s much more qualified than I to talk about transhumanism and so on, but he doesn’t seem to recognise that sf is primarily a tool for examining the present (if indeed you consider it to have any value beyond pure entertainment, which is an equally valid opinion). But his closer is fairly telling:

Maybe Stross is a great guy in person. I don’t know him. But I can say that I wildly disagree with both his futurism and his approach to sci-fi. (Insofar as I care about sci-fi at all, which, honestly, is not a whole lot.)

Not a whole lot, but enough to get riled when an sf writer seemingly treads on your ideological turf? You kids play nice, now. 😉

(For what it’s worth, I read both Anissimov and Stross regularly; they may believe very different things, but the one thing they share is that they’re smart people.)