Mac Tonnies is planning a voyage into inner space. Where else can he go to find out what’s happening in the Real reality that our brains keep hidden from us? END_OF_DOCUMENT_TOKEN_TO_BE_REPLACED 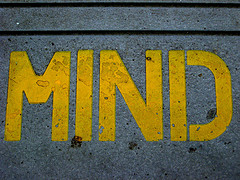 Irena’s head chip woke her like a slow sunrise, a gradually rising voice cooing “good morning” inside her mind. Damn, two flaws already. The first was last night — too many weird dreams had interrupted her sleep. She would have noted the dreams in her alpha test journal, but this morning she couldn’t remember any of them. She must have chewed out her subconscious for shoddy work so it was giving her the silent treatment.

The second, more concrete flaw: she had specifically asked to be awakened with a sudden jolt. She detested the cloyingly sweet morning alarm that did not resemble her own thoughts. Maybe Will McRae in Design could fix it. END_OF_DOCUMENT_TOKEN_TO_BE_REPLACED