0. A Tendentious History of Strategy Games Leading Up To A Question

All God does is watch us and kill us when we get boring. We must never, ever be boring.

Some video games require greater imaginative leaps than others. For example, games like Pong (1972) and Space Invaders (1978) were so graphically primitive that the gap between the things on the screen and the things they were supposed to represent could only be crossed with the use of a rocket-cycle; this collection of squares over here is an alien. That collection of squares over there is Earth’s last line of defence. The little squares moving up and down are particle weapons… or possibly missiles… or shoeboxes filled with explosive. It was difficult to tell. END_OF_DOCUMENT_TOKEN_TO_BE_REPLACED

Interesting essay from Cory Doctorow over at Locus Online; I’m always a little leery of pieces that see science fiction fandom doing that pat-ourselves-on-the-back-for-being-a-little-bit-ahead-of-the-curve thing, but I think Doctorow may have a point when he claims that fandom – alongside many other modern subcultures, it must be said – can be typified by a sort of “gourmet cosmopolitan” attitude peculiar to the post-modern (altermodern?) networked world. In passing, he also makes some interesting points about a core philosophy of science fiction stories which I’d like to see further expanded:

… we tend to think of ‘‘cosmopolitan’’ as a synonym for ‘‘posh’’ or ‘‘well-travelled.’’  But that’s not what I mean here: for me, to be cosmopolitan is to live your life by the ancient science fictional maxims: ‘‘All laws are local’’ and ‘‘No law knows how local it is.’’ That is, the eternal verities of your culture’s moment in space and time are as fleeting and ridiculous as last year’s witch-burnings, blood-letting, king-worship, and other assorted forms of idolatry and empty ritual.

Which is not to say that cosmopolitans don’t believe in anything. To be cosmopolitan is to know that all laws are local, and to use that intellectual liberty to decide for yourself what moral code you’ll subscribe to. It is the freedom to invent your own ethics from the ground up, knowing that the larger social code you’re rejecting is no more or less right than your own – at least from the point of view of a Martian peering through a notional telescope at us piddling Earthlings.

Rule 34, the Amish, and fandom’s willingness to wear its sweaters inside-out are the common thread running through the 21st century’s social transformations: we’re finding a life where we reevaluate social norms as we go, tossing out the ones that are empty habit or worse, and enthusiastically adopting the remainder because of what it can do for our lives. That is modern, sophisticated, gourmet cosmopolitanism, and it’s ever so much more fun the old cosmopolitanism obsession with how they’re wearing their cuffs in Paris, or what’s on at the Milan opera.

Comments are open: what are your thoughts? (Unless they’re along the lines of  “Doctorow is an [x]!” or “sf fans are [y]!”; these are opinions you’re entitled to, but I’d request politely that you find somewhere else to share them.)

Moral ambiguity is an increasingly ubiquitous part of modern computer game character mechanics – so why are the moral elements to gameplay increasingly less enjoyable?

I remember when having a game take into account the morality of your character was something of an innovation. I remember banging my head against the Eye of the Beholder Dungeons and Dragons games appalled at the fact that something as complex as tabletop role-playing had been reduced to throwing knives at spiders in someone’s basement. The Baldur’s Gate games changed this. Suddenly, if you played an evil character good characters refused to join up with you and if you played a good character then certain solutions to problems were denied you. It was a revelation. Now it all tastes like ashes. END_OF_DOCUMENT_TOKEN_TO_BE_REPLACED 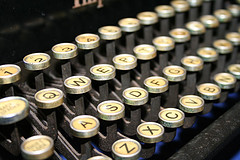