The problem with video game writing is that it tends to be written by fans of video games. The corruption and stupidity of games journalism are not isolated quirks of the system but symptoms of a flawed approach to the medium. Fans, by their nature, approach their choice of medium wanting to fall in love: Good games are filled with good things; bad games are filled with bad things. Love the good things. Hate the bad things.

While I think that this approach to art can be intensely rewarding, I also think that it has its weaknesses and the most obvious weakness is a failure to recognise that bad things can sometimes be good.  They can be good because these bad and un-fun things make the good bits glow that much brighter, and because even painful and unpleasant experiences have meaning and importance. This is a column about the role of death in video games and how a more sophisticated appreciation of one of the least fun aspects of the gaming experience might unlock the door to a world of new themes and experiences. END_OF_DOCUMENT_TOKEN_TO_BE_REPLACED

Lots of people have been linking this New York Times piece about the things we leave behind when we die, which increasingly include a swathe of online material archived on blogs, social media and the other ill-defined platforms of the intertubes. Poignantly, the article uses the late Mac Tonnies – who, among many other things, was a columnist for this very blog – as its main example, documenting the work of his friends to collate and archive his online presence after his untimely and unexpected death back in October 2009.

Even before my father passed away I had an uneasy relationship with the traditional methods of mourning, which tend to focus on elevating the geographical location of the physical remains to the status of an emotionally sacred space. To be clear, I feel there’s nothing wrong with that; it’s just never made much sense to me. I’ve not visited my father’s grave since the day of his funeral. I won’t find him there.

To be honest, I find I’m brought closer to him by some of the more mundane possessions of his I kept, some for sentiment, some for practicality. The thing that reminds me of him most is probably the aging 60s-vintage handbook of engineering constants and equations that sits among my non-fiction books, though there’s another sense of closeness I get when I use one of his old tools, worn by his hands over many years – tools I can remember watching him use.

All of which is to say that I feel closer to my father by considering the things he did and thought about than I do by, say, looking at a headstone with his name on it. The NYT piece is interesting to me because it seems to show a similar connection among Mac’s friends and family with the digital detritus he left behind, like a map of his mind captured – albeit imperfectly – in four dimensions. By returning to his writings, or even just the juxtaposed sets of photos he’d post from time to time, they can partake once again in the sort of person he really was, as opposed to the idealised gloss of a professional eulogy.

It’s not something I’m proud of, but I actively wanted to punch the priest who buried my father in the face; he chuntered out a list of mealy-mouthed one-size-fits-all platitudes that did nothing except demonstrate he’d never met the guy. I realise in hindsight that the old cliche is true, and that funerals are for the benefit of the living and not the deceased, but there was no comfort for me in hearing my father reduced to a series of vaguely pious middle class attitudes and interests. Like all of us, he was a flawed man, but what made him who he was were his efforts to balance those flaws with the demands of the world around him. To pass over that struggle, to replace it with a checklist of cheap virtues, felt like an attempt to erase the man who left the name behind him; it was more of a death than his dying, or so it felt to me.

Compare and contrast with the memorialisation of Mac, which seems to me to be something far more authentic and true to the person he really was:

This outpouring of digital grief, memorial-making, documentation and self-expression is unusual, maybe unique, for now, because of the kind of person Tonnies was and the kinds of friends he made online. But maybe, his friend Rita King suggests, his story is also a kind of early signal of one way that digital afterlives might play out. And she doesn’t just mean this in an abstract, scholarly way. “I find solace,” she told me, “in going to Mac’s Twitter feed.”

Finding solace in a Twitter feed may sound odd, but the idea that Tonnies’s friends would revisit and preserve such digital artifacts isn’t so different from keeping postcards or other physical ephemera of a deceased friend or loved one. In both instances, the value doesn’t come from the material itself but rather from those who extract meaning from, and give meaning to, all we leave behind: our survivors.

The most remarkable set of connections to emerge from Tonnies’s digital afterlife isn’t among his online friends — it is between those friends and his parents, the previously computer-shunning Dana and Bob Tonnies. Dana, who told me that her husband now teases her about how much time she spends sending and answering e-mail (a good bit of it coming from her son’s online social circle), is presently going through Posthuman Blues, in order, from the beginning. “I still have a year to go,” she says. Reading it has been “amazing,” she continues — funny posts, personal posts, poetic posts, angry posts about the state of the world. I ask her if what she is reading seems like a different, or specifically narrow, version of her son. “Oh, no, it’s him,” she says. “I can hear him when I read it.”

My father was not given to introspection… or, if he was, he left no record of it. What would his Facebook page have looked like, I sometimes wonder; or his blog, had he written one? And what would people make of my own digital effects, were I to die suddenly like Mac did? Maudlin, certainly; narcissistic, quite possibly. But speaking as an atheist, I think the only immortality anyone can truly achieve is the impression we leave behind in the minds of those who knew us.

How social media will change the shape and depth of that impression remains to be seen: will it become easier or harder to idealise the dead when the digital ephemera of their true characters – flaws and bad days and irrational prejudices captured in real time, dropped with no thought to their permanence or lack thereof – can be collected and saved after they’ve died? And what responsibilities – if any – should social networks have for ensuring that these leavings are preserved or destroyed in accordance with their wishes, or those of their survivors?

You’d probably think that intelligence would be an asset in the modern battlefield, and hence the smart soldiers would be the ones to survive, right?

Well, as logical as that sounds it may not be the case: a study of records from Scottish army units from WW2 and from the education system about a decade before suggests that the average IQ of those who survived the war was lower than those who lost their lives.

Over here in the UK the current big front-page story is Hannah Jones, a thirteen-year-old girl who has a hole in her heart as a result of childhood leukaemia medication. The actual news is the about-face made by her local healthcare authority, which was planning to force her to have a heart transplant against her own wishes; intervention by a child protection officer encouraged them to drop their court case and let Hannah stay with her family as she wished.

The “right to die” is still a very contentious issue (and will doubtless remain one for some time to come) but Hannah’s case is complicated by her age; I think it’s a safe assumption that had her parents not agreed with her decision, things might have gone very differently. Which brings us to the perennial question – at what age should the law permit you to make life-changing decisions like this for yourself? And to what degree should the religious beliefs of your family be taken into account, if at all? 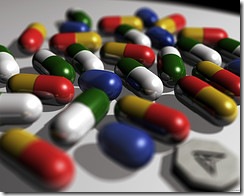 Everything comes with a price. Research in lab animals suggests that drugs designed to rejuvenate mitochondria (the “power generator” component of living cells) could fend off many of the diseases we associate with ageing and senescence, like Alzheimer’s, cancer, heart disease and so forth. The pay-off? It appears that when death finally does arrive, it does so with little or no warning, and seemingly no reason. [Image by Rodrigo Senna]

Personally, I’d consider that a fair trade – I’m less scared of death itself than I am of dying, if you see what I mean. But is death itself unconquerable, or is it just the next hurdle in line?