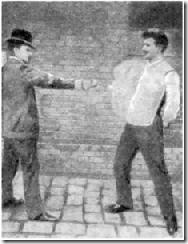 Building off of Tomas’ post on nanowires and the cool stuff they can do, we see a letter to Nature discussing the possibility of nanowires that can be powered by the sun, thereby requiring no external power source.  Supposedly, these nanowires would be more efficient than a crystal in creating electricity from solar energy.

(via Ars Technica) (image from Inexpressible is possible) 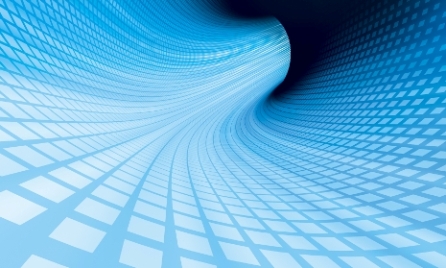 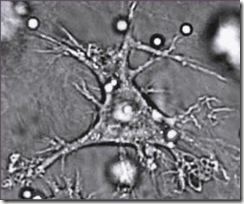 So, for my first real post, how about some good news combining bioengineering and nanotechnology, making it very futurismic–er, futuristic. Whatever.

Researchers at the Ecole Polytechnique Fédérale de Lausanne in Switzerland have developed (and patented) a nanoparticle that, they believe, can deliver vaccines "more effectively, with fewer side effects, and at a fraction of the cost" of current vaccination methods.

Once upon a time, vaccines were made from dead-but-whole or living-but-weakened pathogens. Recently, researchers have figured out how to generate an immune response with a singe protein from a virus or bacterium. They’ve also discovered that the best way to get sustained immunity is to deliver an antigen directly to the specialized immune cells known as dendritic cells (DCs).

The trouble is, DCs aren’t all that common in skin or muscle, where injections are usually made, and in order to use them to activate the whole immune system, you also have to deliver a kind of "danger signal"–which there hasn’t been a good way to do, until now.

The new nanoparticles are so tiny they slip right through the skin and into the lymph nodes, where there are lots of DCs, and they carry a chemical coating that mimics the surface chemistry of bacterial cell walls. The result: a strong immune response without nasty side effects.

The researchers believe these nanoparticles could make it possible to vaccinate against diseases like hepatitis and malaria with a single injection, and at a cost of only a dollar a dose, far cheaper than current vaccines. The research team also plans to try using the technique to target cancer cells. And best of all, they say, the technique could be in use within five years. [Photo from Wikimedia Commons]