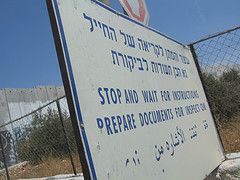 Paul Saffo, notable futurist and advisor to the World Economic Forum, believes there’s a fifty percent chance that the United States will have ceased to be a single nation within the next half a century – and that this would be a desirable outcome. I’m not an economist (nor do I play one on television), but I think I can see the points he’s making here. The question is – would the end result be something like the ancient Greek city-states, or some bizarre balkanized smorgasbord of corporations and micro-nations, as in Stephenson’s Snow Crash? [BeyondTheBeyond]