That may seem like an odd thing for the editor of a near-future science fiction magazine to say, but if you won’t take it from me, here’s Charlie Stross explaining how real-world changes have twice scuppered a near-future fictional work-in-progress, the most recent problem being that unexpected election result here in the UK:

What sandbagged me was the fact that for the first time in a British general election, more people voted for minority parties than for any of the major players; a coalition or a (weak) minority government was inevitable. Then the libertarian arm of the Conservative party went and formed an alliance with the Liberal Democrats in an utterly unprecedented realignment, and according to the latest polls a majority of the population look set to vote “yes” to electoral reform in a year or so. (Link missing because I can’t find the URL I read last night …) So it’s back to the trenches on “Rule 34”, because I have to do a complete re-appraisal of the world-building scenario underlying it in order to figure out whether it’s still plausible; and if not, I have a lot of patching to do.

The unexpected hits you between the eyes, as Our Cilla once sang. Or in the words of Mark Twain: “Truth is stranger than fiction, but it is because Fiction is obliged to stick to possibilities; Truth isn’t.”

I’m tempted to say that the rise of steampunk and other alternate history modes may be a writerly response to the increasing difficulty of guessing ahead over a short temporal distance; if you immediately frame your story as being set in a reality/timeline different to that inhabited by the reader, you’re safe from those sandbags.

And then you’ve got the mode that William Gibson seems to be pioneering with his latest novels, a sort of “alternate yesterday”, a way of looking at the very near past in a way that throws light on the future that will (or rather should, or might) follow on from it. All well and good… but perhaps we’re reaching a point of extreme social and cultural flux where the notion of media products that can maintain their relevance over long stretches of time is an anachronism.

To put it another way: will the classic books/movies/TV of the twenty-teens be celebrated for their ability to capture something timeless about human nature, or for their amber-trapping of a moment in human time that can no longer be revisited in any other way?

Gonzalo hadn’t told me what was going on. All he said was I had to get to La Catrina fast. Therefore, I was wearing the exo and the helmet, just in case things were really nasty. Arkasha was an added form of insurance. It’s funny how many people will run at the sight of a large dog, but not of a gun. END_OF_DOCUMENT_TOKEN_TO_BE_REPLACED 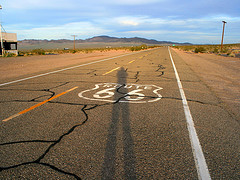 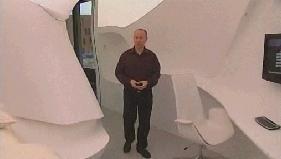 Watch as a reporter from the BBC explores a hi-tech “hotel room of the future” in Germany.

Is it me or does the smooth edges + white fascia look a little retro-futuristic, rather than futuristic? It looks like something from A Clockwork Orange or 2001: A Space Odyssey.

[image from the video] 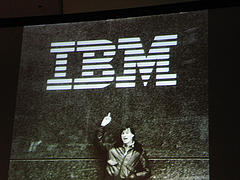 IBM has published it’s third annual Next Five in Five list of innovations that they believe are going to change the way people work, live, and play over the next five years. They are:

Read the full lowdown on each entry here.