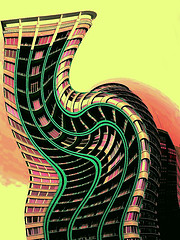 In the latest issue of Advanced Materials, researchers Christiane Gumera and Yadong Wang from the Georgia Institute of Technology announced that they have triggered the regrowth of nerve cells using a polymer coated with chemical structures that resemble acetylcholine, a common neurotransmitter. The research, which is the first to combine a neurotransmitter and a polymer, could one day lead to treatments for neurodegenerative diseases and spinal-cord injuries.

“Lots of people have done biopolymer work,” says Christine Schmidt, a biomedical engineer at the University of Texas at Austin. “But this demonstrates that a polymer with a neurotransmitter can be used to guide growth in the nervous system.”