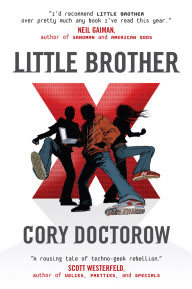 Another pair of sturdy nails were hammered into the coffin of old media business models yesterday.

First of all, Cory Doctorow released his new YA novel Little Brother …

It’s my first young adult novel, a book about hacker kids who use technology to claw the Bill of Rights back from the DHS. Neil Gaiman said of it, “I’d recommend Little Brother over pretty much any book I’ve read this year, and I’d want to get it into the hands of as many smart 13 year olds, male and female, as I can.”

There’s a bunch of cool stuff to accompany the downloads, including a remix gallery and a simple system for donating copies to libraries and schools.”

And on the same day, almost as if they’d conspired together*, Trent Reznor dropped The Slip – an entirely new Nine Inch Nails album – on an unsuspecting world. 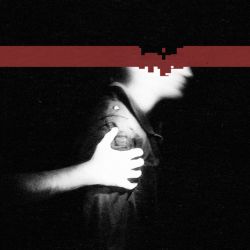 No build-up, no fanfare; just every flavour of audio format you could ask for (well, OK – no OGG), and a Creative Commons licence just like Doctorow’s book:

“… we encourage you to remix it, share it with your friends, post it on your blog, play it on your podcast, give it to strangers, etc.”

So that strange noise you may have heard yesterday was the sound of a thousand overpaid record executives wailing in horror; the sound of old business models crumbling under the weight of change.

This is the point where someone asks how it’s possible to make a living for the average artist without Doctorow or Reznor’s niche-superstar status. And I’ll be totally honest – I don’t know yet, though I have some ideas.

But I’ll tell you what I am sure of; I’m going to learn a lot more by watching what Doctorow and Reznor are doing than I’d learn by listening to the old guard complain that they’re not playing fair. I suspect you will, too, whatever you may think of their art.

[ * Doctorow protests innocence on this one; Reznor was unavailable for comment. 😉 ]