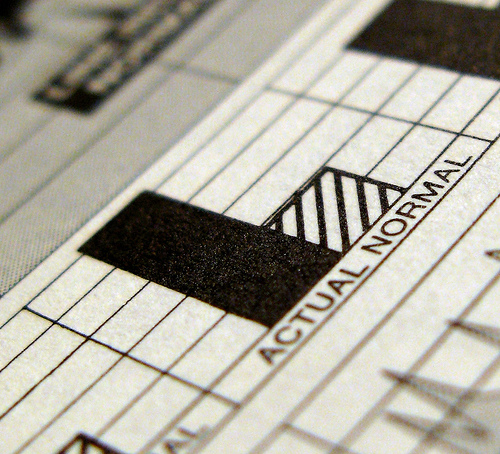 There’s a fascinating essay by Stanley Fish at the New York Times, wherein he looks at the way society defines normality, and deviations from it. [via Cheryl Morgan] [image by Kevin Dooley]

It’s a real ethical can of worms – a brief look at the comments thread on our recent post about deaf parents wanting to select for deafness in their children makes that abundantly clear – and Fish takes the very rational and pluralist line which states that, essentially, it’s a dilemma that will never be resolved.

“I am neither making nor approving these arguments. I am merely noting that they can and have been made, that they will continue to be made, that there is no theoretical way to stop them from being made, and that their structure is always the same whether the condition that asks for dignity and the removal of stigma is autism, deafness, blackness, gayness, polygamy, drug use, pedophilia or murder.”

It’s a thought provoking piece, and well worth the ten minutes it’ll take you to read it – and it’s also interesting to see sf-nal tropes turning up in a positive light in such a mainstream essay, as Fish uses the X-Men as an analogy.

It strikes me that the only route forward in light of Fish’s conclusion is that we need to become more accepting of otherness. Looking at human history, however, I wonder if we’ll ever achieve such an admirable goal.