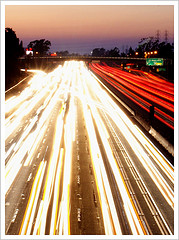 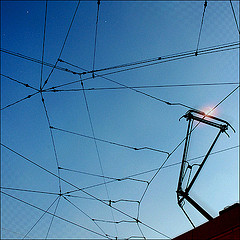 The net neutrality debate rolls on, with little easy access to untainted fact for us, the end-users. While the record industry understandably wants peer-to-peer file-sharing brought to an end because it’s chewing the hell out of their previously lucrative business-model, ISPs have a different argument – they say it’s choking the net to beyond capacity.

Of course, they’re not willing to show us their calculations by way of proof, and all the other reports into the matter seem to come with the tang of dishonesty or the smell of FUD and vested interests. Perhaps they’re telling the truth, and traffic-shaping really is a necessity … but I’m fond of documentary evidence, myself. [image by jef safi]

Perhaps improving the infrastructure would be a better long-term plan, if the web really is running at capacity. But we can pretty much rest assured that those plans to deliver broadband over power lines aren’t going to bear any fruit …