A new theory based on quantum mechanics promises to do away with the “Grandfather Paradox” that supposedly makes time travel impossible [via BoingBoing]:

Quantum mechanics seems to allow for such simultaneous computations of all possible outcomes theoretically, though actually making it happen is another issue altogether (such quantum computing would blow conventional computing methods out of the water). But combined with quantum teleportation – using quantum entanglement to reproduce a quantum state in space that previously existed at another point in space – MIT’s Seth Lloyd and colleagues say you can theoretically teleport a particle back in time.

This form of theoretical time travel solves two major problems associated with the feat. For one, it doesn’t require the bending of spacetime as most time travel theories do. Considering the conditions necessary to bend the fabric of spacetime might only exist in black holes, that’s a good thing. But further, due to the probabilistic laws of quantum mechanics, anything this method of time travel allows to happen already had a finite chance of happening anyhow. That means a particle can’t really go back and accidentally destroy itself.

Note that this applies to subatomic particles and not people… so we’ll not be letting time-travel stories through the Futurismic fiction selection process just yet. But as soon as we get confirmation that it’s genuinely possible we’ll send someone back to retrospectively amend the guidelines, which will have the knock-on effect of ensuring all time travel stories submitted to us that were otherwise suitable for publication were, in fact, purchased and published. Can’t say fairer than that, can you?

Bonus quantum mechanics news: a recent successful run of a “triple split” experiment has provided evidence to support the theory of quantum mechanics that was originally developed from the double-slit experiment, first performed over a century ago. If you’re hoping that’ll make quantum mechanics make more sense, however, I suspect you’re all out of luck. 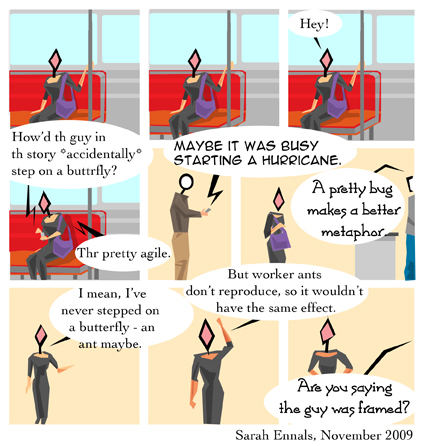 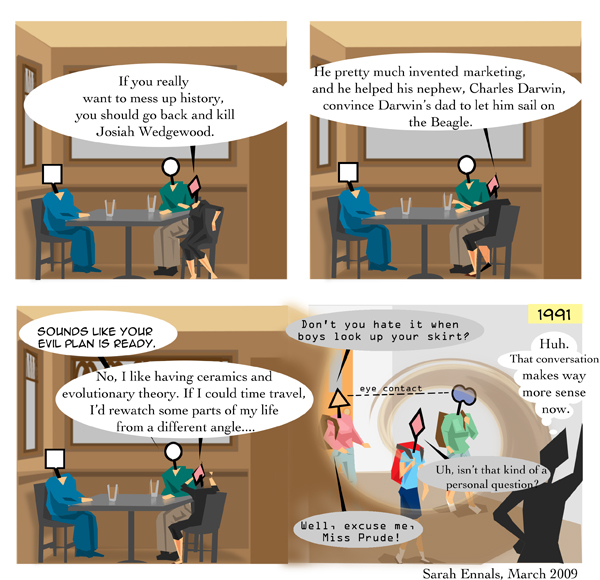