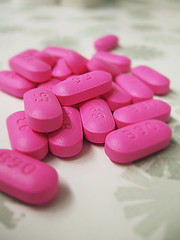 We’re all fairly accustomed to the idea of counterfeit goods made in the far East being passed off as the real thing in Western countries, but we tend to think of them as being things like designer clothing brands or consumer electronics.

The trouble with those items is that they’re bulky, still moderately expensive to produce, and easily spotted as fakes by someone with a sharp eye… which may explain why the new fakes of choice for criminal cartels shipping to the UK are pharmaceuticals. [image by amayzun]

The drugs in question have been so well cloned that they’ve even found their way into chemists and doctor’s surgeries, and their high price-tags in the UK market ensure there’s a good profit to be made – which suggests the problem will spread to other countries, too. Will the counterfeit drugs market ever eclipse the illegal drugs market? 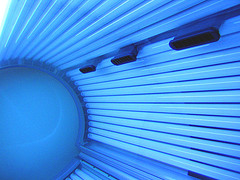 Here’s a story for the modern age: despite warnings from the UK government, internet sales of an unlicensed tanning drug are booming. [image by savv]

Melanotan is a synthetic hormone developed by skin cancer researchers that has not been tested for safety, quality or effectiveness. The drug is being sold over the internet and in some tanning salons and bodybuilding gyms. It works by increasing levels of melanin, which is the body’s natural protection from the sun.

Now, it’s no news that people want to take short-cuts to the body (allegedly) beautiful. What is news is the fact that laws and clinical tests can’t keep up with the pace of supply and demand any more; once an idea is out there, someone’s going to see the market potential to make money selling it, and people are going to buy it.

Even when laws or bans are passed, the web effectively negates nation-state boundaries – what’s illegal here in the UK may not be in the Nigeria, for instance. Will controlling the distribution of drugs become as unwinnable a battle as preventing music piracy?

Oh, by the way – the UK government is at least trying to warn of the potential side-effects of the tanning drug:

Melanotan II has also been linked to an increase in libido.