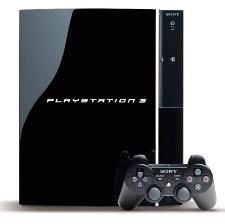 Dr. Gaurav Khanna is trying to measure gravity waves – ripples in space-time that travel at the speed of light – that Einstein’s Theory of Relativity predicted would emerge when such an event takes place. To do this he used to use grants from the National Science Foundation to rent time on various supercomputing sites spread across the United States – usually employing two-to-five hundred nodes at a time. But each time he did this is cost about $5,000. Dr. Khanna figured out that for less than the price of one session on a Super Computer, he could build his own massively parallel computer that he could run indefinitley using Sony PlayStation 3 game consoles. Dr. Khanna wrote some custom Linux code to optimize the Cell processor found inside the PlayStation. He then approached Sony, which donated eight of the machines.

Khanna says that his gravity grid has been up and running for a little over a month now and that, crudely speaking, his eight consoles are equal to about 200 of the supercomputing nodes he used to rely on.

“Basically, it’s almost like a replacement,” he says. “I don’t have to use that supercomputer anymore, which is a good thing.”