I guess we’re gonna keep hearing this particular riff until the day they close the last printing press on the planet, but hey – the handwringing of the literati never gets old, right? [via BigThink]

The tyranny of choice is a near-universal digital lament. But for literary authors, at least, what comes with the territory is an especially barbed species of uncertainty. Take the award-winning novelist and poet Blake Morrison, perhaps best-known for his memoir And When Did You Last See Your Father? “I try to be positive about new technology,” he told me, “but I worry about what’s going to happen to poetry books and literary novels once e-readers have taken over from print. Will they survive the digital revolution? Or will the craving for interactivity drive them to extinction? I’ve not written anything for a year, and part of the reason may be a loss of confidence about the future of literary culture as I’ve known it.”

Great solution, Mr Morrison, very Gen X of you: can’t win, so why try? Put In Utero on your stereo, stare out of the window for a while, read some Doug Coupland; that’s sure to work. Literary novels have long made genre’s sales figures look epic by comparison, and poetry – in its written-and-printed form, at any rate – has been in recession since before I was born. Horse, barn door, yadda yadda; bit late to be worrying about relevance, really.

Snark aside, the rest of the article is actually a pretty decent “what’s coming down the pike” sort of piece; not a great number of new ideas in there (at least not to me, and probably not to most regulars here at Futurismic), but a good synthesis of the current state-of-play:

Above all, the translation of books into digital formats means the destruction of boundaries. Bound, printed texts are discrete objects: immutable, individual, lendable, cut off from the world. Once the words of a book appear onscreen, they are no longer simply themselves; they have become a part of something else. They now occupy the same space not only as every other digital text, but as every other medium too. Music, film, newspapers, blogs, videogames—it’s the nature of a digital society that all these come at us in parallel, through the same channels, consumed simultaneously or in seamless sequence.

Personally, I see this as a liberation for the novel, though I’d be a fool to deny it’ll be hugely transformative.

There are new possibilities in this, many of them marvellous. As the internet has amply illustrated, words shorn of physical restrictions can instantly travel the world and be searched, shared, adapted and updated at will. Yet when it comes to words that aim to convey more than information and opinions, and to books in particular, a paradoxical process of constriction is also taking place. For alongside what Morrison calls “the craving for interactivity,” a new economic and cultural structure is arriving that has the power to dismantle many of those roles great written works have long played: as critiques, inspirations, consciences, entertainments, educations, acts of witness and awakening, and much more.

Which isn’t so much the death of the novel as it is the death of pre-digital hierarchical culture itself, really; the novel is but a small appendage of that withering body.

The strength of the article is that it admits what many of the others seem to shy away from: that the publishing landscape has been changing for a long time, and this is just the latest phase of that inherently market-driven mutation. Long tail ahoy!

This interplay is highly significant within a book market that—even leaving aside the torrent of self-publishing that digital technology permits—has become increasingly crowded and top-heavy. In 2009, more books were published in Britain than in any previous year in history: over 133,000. And yet just 500 authors, less than half of 1 per cent, were responsible for a third of all sales. The situation is an order of magnitude more extreme than that of 30 years ago, when fewer than 50,000 books appeared. In America, one out of every 17 novels bought since 2006 has been written by the crime novelist James Patterson.

This simultaneous increase in the diversity of titles and the concentration of profits among a small number of “super authors” is of a piece with cultural trends elsewhere. And Patterson’s success—in 2009 he netted a reported $70m (£44m) from writing—is both an emblem of how the book trade has changed during several decades of corporate consolidation, and of how it is likely to continue evolving.

Patterson’s “writing” process pretty much buries any romantic notion of the novelist as pure artist; that’s not to say he doesn’t care about what comes out under his name, but he’s realised that there’s a certain direction he can head in that will net him more money than the others. Nothing to stop you or Blake Morrison writing literary novels and poetry, of course; you just need to accept that, like the few buggy-whip manufacturers still in business, you’re catering to a niche, and as such your annual balance sheets aren’t going to look like those of General Motors.

And if anything, the ubiquity and portability of the written word in a networked world makes your chances of finding an audience much higher than the days when dead-tree was your only option. Granted, turning a profit from that audience is a trick that awaits perfecting… but it’ll come.

Lots more good stuff in that piece, so go read.

Via Lauren Beukes comes the news that Canadian poet Christian Bök has thought of a way to transcend Keats’ epitaph of being “one whose name was writ on water”; he seeks a poetic immortality that could outlive the human species itself, by the expedient of encoding some of his work into the DNA of a hardy strain of bacteria.

… it’s a tricky procedure, and Bök is doing what he can to make it even trickier. He wants to inject the DNA with a string of nucleotides that form a comprehensible poem, and he also wants the protein that the cell produces in response to form a second comprehensible poem.

You can’t fault the guy’s ambition. Who knows – his work might be rediscovered in some nigh-unimaginable future where interest in poetry hasn’t withered away to nearly nothing.

Then again, maybe it’ll stage a comeback – Damien Walter argues that the social media era is ideally suited to poetry’s narrative and expressive concision. I’d very much like to see it happen… but I’ll not hold my breath just yet.

I don’t know how many budding (or even accomplished) science fiction poets we have in the audience here at Futurismic – but if there are any, they should take heed to this announcement from Nathan Lilly: ?

“SpaceWesterns.com is holding another poetry contest. This time we’re looking for your Space Western Senryū! All submissions must be sent electronically via our contest form by July 15th, 2008. The winners will be published on August 6th, 2008.

Our judges will be:

More details on the contest page at the site.”

In case (like myself) you’ve never heard of senryū before, here’s the definition from Wikipedia:

“Senryū is a Japanese form of short poetry similar to haiku in construction: three lines with 17 or fewer “on” (not syllables) in total. However, senryū tend to be about human foibles while haiku tend to be about nature, and senryū are often cynical or darkly humorous while haiku are more serious. Unlike haiku, senryū do not include a kireji (cutting word), and do not generally include a kigo, or season word.”

I tend to stick to iambic pentameter myself … but then my poetry’s never won anything or been published! Good luck, if you choose to enter. 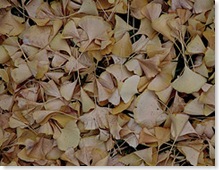 Art must change anew –
for now we have machines which
compute our poems.

[Yes, I know that’s not a proper haiku, sorry. I had a late night last night.][Image by *slm*]