Nature’s got a way, brothers (and sisters)… not only could we start using fungus as a building material, but it looks like we could use the stuff to leech Bisphenol A – the nasty compound in polycarbonate plastics – from waste materials, keeping it out of the ecosystem at large.

Of course, there’s no telling what might happen to mycelia fed a continuous diet of toxic chemicals. Perhaps it’ll get hungry, and start eating plastics we’re not yet ready to throw away… 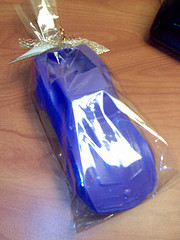 It’s not quite the “chocolate-fueled car” that the headline from the indispensable PhysOrg.com promises. What we have instead may be close enough — a car its makers claim can reach 145 miles per hour,

powered by waste from chocolate factories and made partly from plant fibers….

The steering wheel is made out of plant-based fibers derived from carrots and other root vegetables, and the seat is built of flax fibre and soybean oil foam. The body is also made of plant fibers….

Scientists at the University of Warwick say their car is the fastest to run on biofuels and also be made from biodegradable materials. It has been built to Formula 3 specifications about the car’s size, weight, and performance. 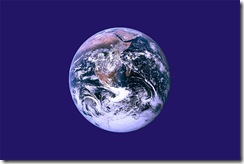 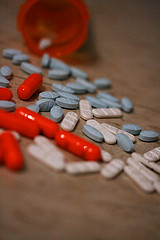 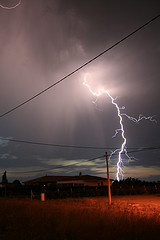