Here’s one way to keep a large worker-base available at low low wages – outsourcing to overseas prison inmates. [via SlashDot] 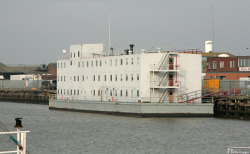 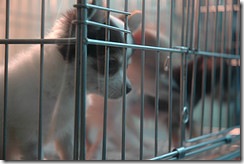 Well, I’ve had a click around, and this seems to be genuine. Forget high-tech panopticons and increasingly arcane psychological regimes – the way to reform career criminals is to let them raise a dog in prison. The PuppiesBehindBars program does exactly that, giving inmates the chance to train and care for canines that go on to become guide dogs or bomb detectors. The heads-up post at Metafilter has a number of links to articles that suggest the scheme is incredibly effective, for both dogs and convicts alike. [Image by ngader]