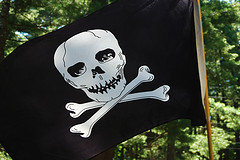 Well, what do you know – there’s more to the Somalian piracy stories than meets the eye. Far from being the eye-patched privateer chancers that the term ‘pirate’ conjures up, they’re desperate people trying to make a living and protect their homeland from exploitation by more developed nations who’ve seen fit to take advantage of the political instability of the area.

Sure, their methods are rough (and definitely illegal), but what are a people without a government to defend them supposed to do when foreigners start trawling their waters for fish and dumping nuclear waste?

This is the context in which the “pirates” have emerged. Somalian fishermen took speedboats to try to dissuade the dumpers and trawlers, or at least levy a “tax” on them. They call themselves the Volunteer Coastguard of Somalia – and ordinary Somalis agree. The independent Somalian news site WardheerNews found 70 per cent “strongly supported the piracy as a form of national defence”.

No, this doesn’t make hostage-taking justifiable, and yes, some are clearly just gangsters – especially those who have held up World Food Programme supplies. But in a telephone interview, one of the pirate leaders, Sugule Ali: “We don’t consider ourselves sea bandits. We consider sea bandits [to be] those who illegally fish and dump in our seas.”

There are two sides to every story, as the old saying goes. That said, it’s interesting to note that this article is by the same guy who did the hatchet-job on Dubai the other day… [via BoingBoing; image by Paul Keleher]

No commentary or speculation this time; I’m just throwing this up here because it tickled my WTF spot, and I thought it might do the same for you lot. 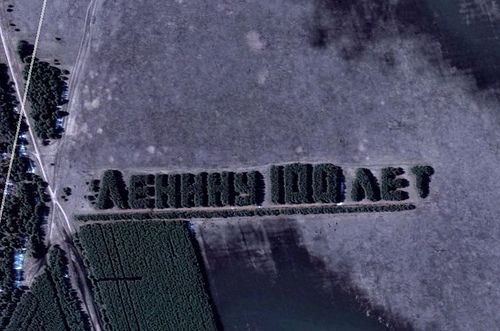 There’s a whole bunch of these (plus the Google Maps coordinates, so you can see they’re not ‘shopped) at the consistently bizarre EnglishRussia blog; the hat-tip goes to Strangeharvest.