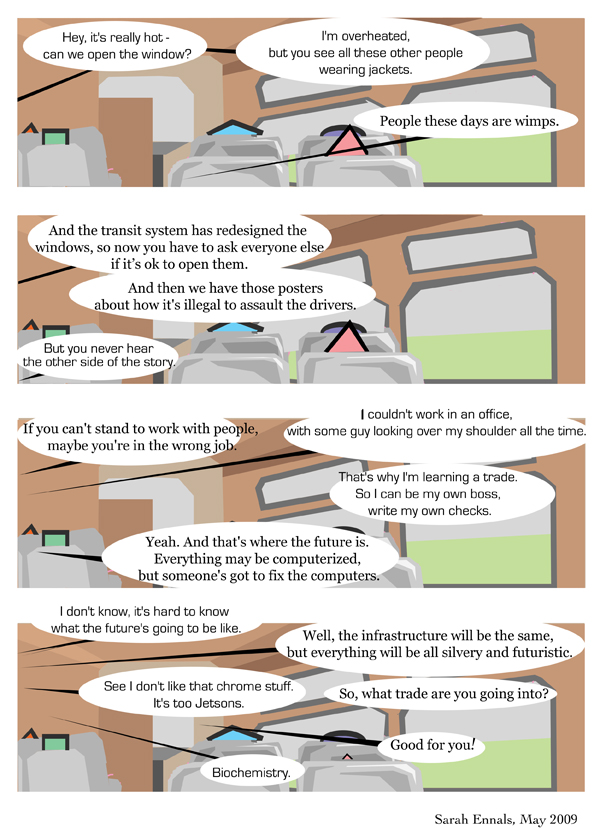 Having spent a little time this holiday scurrying around on the UK’s woeful excuse for a public transport system, I’m very receptive to a technological revamp of the ways we get around. The ULTra – Urban Light Transit – system looks like just the ticket if the video below is anything to go by, though it has the launch date for the Heathrow Airport installation wrong – ULTra themselves have it pegged for operation in spring 2009.

More than a hint of the Jetsons about it, isn’t there? I wonder if it could genuinely scale up to coping with the sort of traffic the London or New York subway systems handle? [via Tomorrow’s Trends]