It’s yet another hat-tip to George Dvorsky, this time for pointing out a paper by Gary Miller in which he lays out the obstacles in the path of supporters of cognitive enhancement pharmacology, and ways for overcoming such:

I argue that, regardless how miniscule the risks or how blatantly obvious the benefits, a majority of U.S. citizens is unlikely to support the unrestricted dissemination of cognition enhancing drugs, because each individual member of the majority will be led astray by cognitive biases and illusions, as well as logical fallacies.

If this premise is accurate, then the people of the United States may already be suffering an opportunity cost that cannot be recouped. While a minority of the U.S. electorate can challenge the constitutionality of a policy enacted by a majority, a minority cannot sue to challenge the legislature’s refusal to enact a specific policy. In other words, we in the minority have no way of claiming we were harmed by what “good” could have come—but did not come—due to the legislature’s inaction. We cannot claim the “opportunity cost to the greater good” as an injury, and we cannot compel a court to balance that opportunity cost of inaction against the individual interests that dissuaded the majority from action. Our only recourse is to compel the majority to change its stance via persuasion.

Sounds remarkably like Mike Treder’s suggestion that calm rational discussion of the pros and cons is the best way to advance the transhumanist project, no? No big surprise, I guess, given the overlap between the groups in question… though as I said before, as much as it’s the most morally sensible course of action available, I don’t know how much good calm rational advocacy will be on a an irrational and sensationalist political landscape. I guess we’ll just have to wait and see.

The more famous Cory Doctorow gets, the more people try to knock him down. I’m quite fond of him myself (he’s very charming in person, if somewhat perpetually part-distracted*), but while I’m not going to argue any sort of superhero status for the guy (I’ll leave that to Randall Munroe), when it comes to puncturing the poor arguments of his most vocal critics, he’s got undeniable flair. Witness his recent retort to an article that accused him and other net notables of profiteering from their “evangelism” of “free” business models for creatives, which also acts as a pretty good summary of the state of the artistic marketplace and the ongoing copyright wars. A few snippets:

What should other artists do? Well, I’m not really bothered. The sad truth is that almost everything almost every artist tries to earn money will fail. This has nothing to do with the internet, of course. Consider the remarkable statement from Alanis Morissette’s attorney at the Future of Music Conference: 97% of the artists signed to a major label before Napster earned $600 or less a year from it. And these were the lucky lotto winners, the tiny fraction of 1% who made it to a record deal. Almost every artist who sets out to earn a living from art won’t get there (for me, it took 19 years before I could afford to quit my day job), whether or not they give away their work, sign to a label, or stick it through every letterbox in Zone 1.

If you’re an artist and you’re interested in trying to give stuff away to sell more, I’ve got some advice for you, as I wrote here – I think it won’t hurt and it could help, especially if you’ve got some other way, like a label or a publisher, to get people to care about your stuff in the first place.

But I don’t care if you want to attempt to stop people from copying your work over the internet, or if you plan on building a business around this idea. I mean, it sounds daft to me, but I’ve been surprised before.

I understand perfectly well what you’re saying in your column: people who give away some of their creative output for free in order to earn a living are the exception. Most artists will fail at this. What’s more, their dirty secret is their sky-high appearance fees – they don’t really earn a creative living at all. But authors have been on the lecture circuit forever – Dickens used to pull down $100,000 for US lecture tours, a staggering sum at the time. This isn’t new – authors have lots to say, and many of us are secret extroverts, and quite enjoy the chance to step away from our desks to talk about the things we’re passionate about.

But you think that anyone who talks up their success at giving away some work to sell other work is peddling fake hope. There may be someone out there who does this, but it sure isn’t me. As I’ve told all of my writing students, counting on earning a living from your work, no matter how you promote it or release it, is a bad idea. All artists should have a fallback plan for feeding themselves and their families. This has nothing to do with the internet – it’s been true since the days of cave paintings.

[ * After appearing on a panel with Cory at Eastercon 2008, to which he managed to contribute more thoughts and ideas than the rest of us put together despite busily battering away at a netbook at the same time, a friend from the audience suggested a hypothetical version of posthuman bear-baiting: the game would simply involve installing Cory within a Faraday cage that blocked all wi-fi and phone signals, and then betting on how long it would be before he spontaneously combusted from sheer frustration… ]

Dresden Codak is one of my favourite webcomics; its creator, Aaron Diaz, is a staunch transhumanist, but rather than soapboxing directly he embeds his philosophical interests into his creative work. This occasionally spills over into brief satirical ripostes against anti-transhumanist naysayers; long-term followers may remember 2007’s “Enough is Enough – A Thinking Ape’s Critique of Trans-Simianism“, which (justifiably) did the rounds of the transhumanist, science fictional and geek-affiliated blogo-wotsit at the time.

Well, here’s another one, “Artificial Flight and Other Myths – a reasoned examination of A.F. by top birds“, which again takes the rhetorical gambit of reframing the AI argument outside of the human context:

We can start with a loose definition of flight.  While no two bird scientists or philosophers can agree on the specifics, there is still a common, intuitive understanding of what true flight is: powered, feathered locomotion through the air through the use of flapping wings.  While other flight-like phenomena exist in nature (via bats and insects), no bird with even a reasonable education would consider these creatures true fliers, as they lack one or more key elements. And, while some birds are unfortunately born handicapped (penguins, ostriches, etc.), they still possess the (albeit undeveloped) gene for flight, and it is indeed flight that defines the modern bird.

This is flight in the natural world, the product of millions of years of evolution, and not a phenomenon easily replicated.  Current A.F. is limited to unpowered gliding; a technical marvel, but nowhere near the sophistication of a bird.  Gliding simplifies our lives, and no bird (including myself) would discourage advancing this field, but it is a far cry from synthesizing the millions of cells within the wing alone to achieve Strong A.F. Strong A.F., as it is defined by researchers, is any artificial flier that is capable of passing the Tern Test (developed by A.F. pioneer Alan Tern), which involves convincing an average bird that the artificial flier is in fact a flying bird.

Diaz highlights the problem with anthropomorphic thinking as applied to definitions of intelligence, which is a common refrain from artificial intelligence advocates. Serendipitously enough, yesterday also saw Michael Anissimov point to a Singularity Institute document titled “Beyond Anthropomorphism”, which may be of interest if you want the argument fleshed out for you:

Anthropomorphic (“human-shaped”) thinking is the curse of futurists.  One of the continuing themes running through Creating Friendly AI is the attempt to track down specific features of human thought that are solely the property of humans rather than minds in general, especially if these features have, historically, been mistakenly attributed to AIs.

Anthropomorphic thinking is not just the result of context-insensitive generalization.  Anthropomorphism is the result of certain automatic assumptions that humans are evolved to make when dealing with other minds.  These built-in instincts will only produce accurate results for human minds; but since humans were the only intelligent beings present in the ancestral environment, our instincts sadly have no built-in delimiters.

Many personal philosophies, having been constructed in the presence of uniquely human instincts and emotions, reinforce the built-in brainware with conscious reasoning.  This sometimes leads to difficulty in reasoning about AIs; someone who believes that romantic love is the meaning of life will immediately come up with all sorts of reasons why all AIs will necessarily exhibit romantic love as well.

It strikes me that the yes-or-no question of whether strong general artificial intelligence is possible is one of a very special type, namely a question which can only be definitively answered by achieving the “yes” result. (I’m pretty sure there’s a distinct rhetorical term for that sort of question, but my minimal bootstrapped philosophy education fails to provide it to me at the moment; feel free to help out in the comments.) In other words, the only way we’ll truly know whether we can build a GAI is by building it; until then, it’s all just dialogue. 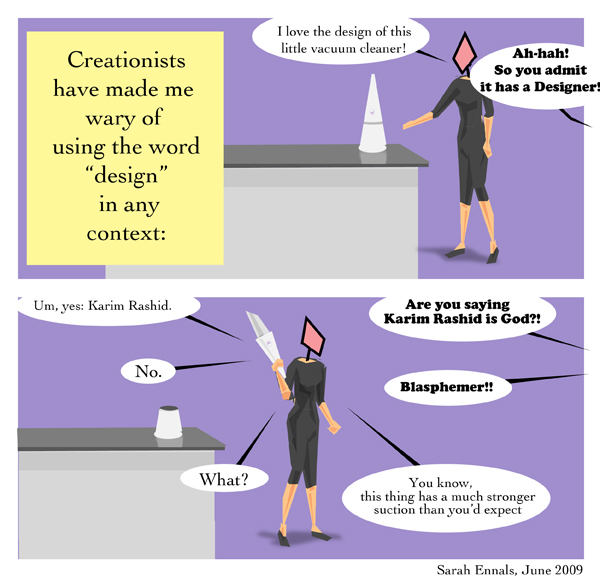 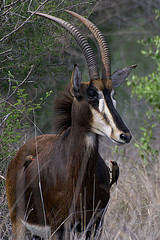