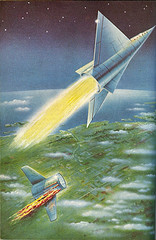 I’m guessing that if you have any interest in commercial space travel, you’ve already had a bit of a swoon over the pictures of WhiteKnightTwo, the Virgin Galactic launch vehicle unveiled yesterday by Richard “Virgin” Branson and Burt “SpaceShipOne” Rutan.

Still, no one’s gonna object to me reposting one from the Wired coverage, I assume: 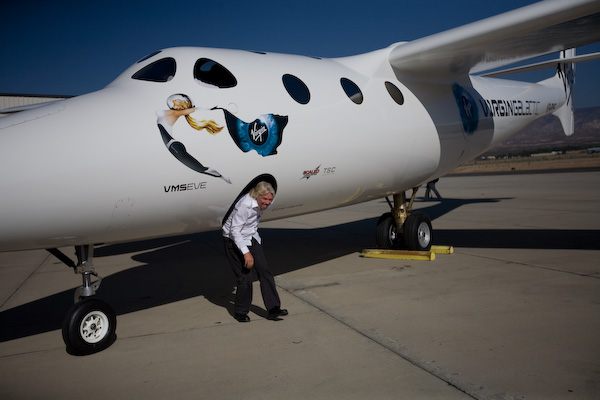 Very pretty. I was disappointed to find that my press invite to the unveiling must have gotten lost in the mail*, but BoingBoing‘s own Xeni Jardin was there with a camera crew, and she’s promising video footage imminently, so I won’t miss out entirely.

In the meantime: Rutan and Branson in white shirts with no ties against a pale blue sky – could the Wired snapper have made those images any more simultaneously secular and messianic than they already are? And who does sensawunda PR work better than Branson, other than science fiction authors? Discuss.