In the labs of the University of Ljubljana, Slovenia, researchers are forcing machines to inflict discomfort on humans. But it’s all in a good cause, you see – in order to ensure that robots don’t harm humans by accident, you have to assess what level of harm is unacceptable.

It’s not because he thinks the first law of robotics is too constraining to be of any practical use, but rather to help future robots adhere to the rule. “Even robots designed to Asimov’s laws can collide with people. We are trying to make sure that when they do, the collision is not too powerful,” Povše says. “We are taking the first steps to defining the limits of the speed and acceleration of robots, and the ideal size and shape of the tools they use, so they can safely interact with humans.”

Povše and his colleagues borrowed a small production-line robot made by Japanese technology firm Epson and normally used for assembling systems such as coffee vending machines. They programmed the robot arm to move towards a point in mid-air already occupied by a volunteer’s outstretched forearm, so the robot would push the human out of the way. Each volunteer was struck 18 times at different impact energies, with the robot arm fitted with one of two tools – one blunt and round, and one sharper.

The team will continue their tests using an artificial human arm to model the physical effects of far more severe collisions. Ultimately, the idea is to cap the speed a robot should move at when it senses a nearby human, to avoid hurting them.

I can sympathise with what they’re trying to achieve here, but it strikes me (arf!) as a rather bizarre methodology. If I were more cynical than I am*, I might even suggest that this is something of a non-story dolled up to attract geek-demographic clickthrough…

… in which case, I guess it succeeded. Fie, but complicity weighs heavy upon me this day, my liege!

SF stories involving artificial intelligences often play up the fact that a computer-based intelligence would find human thought processes glacially slow in comparison to its own.

But you don’t have to dip into speculation about the future of computing to see that. The Australian newspaper The Age points out that although “survivors of serious car crashes often say time appears to slow down in the moments around the impact and that they can recall the event in extraordinary detail,” in reality, “the crash is often over before the human brain has registered the incident, and it’s only by later replaying it in their minds that crash victims achieve such vivid recollections.” (Via Instapundit.)

Accompanying the story is this anatomy of a crash which makes their point:

All over in the blink of an eye

This is a reconstruction of a crash involving a stationary Ford Falcon XT sedan being struck in the driver’s door by another vehicle travelling at 50 km/h.

One millisecond equals 1/1000th of a second.

2 ms – An acceleration sensor in the C-pillar behind the rear door also detects a crash event.

2.5 ms – A sensor in the car’s centre detects crash vibrations.

5 ms – Car’s crash computer checks for insignificant crash events, such as a shopping trolley impact or incidental contact. It is still working out the severity of the crash. Door intrusion structure begins to absorb energy.

8 ms – Computer sends a “fire” signal to side airbag. Meanwhile, B-pillar begins to crumple inwards and energy begins to transfer into cross-car load path beneath the occupant.

15 ms – Roof begins to absorb part of the impact. Airbag bursts through seat foam and begins to fill.

20 ms – Door and B-pillar begin to push on front seat. Airbag begins to push occupant’s chest away from the impact.

27 ms – Impact velocity has halved from 50 km/h to 23.5 km/h. A “pusher block” in the seat moves occupant’s pelvis away from impact zone. Airbag starts controlled deflation.

30 ms – The Falcon has absorbed all crash energy. Airbag remains in place. For a brief moment, occupant experiences maximum force equal to 12 times the force of gravity.

45 ms – Occupant and airbag move together with deforming side structure.

So if the Singularity every arrives, does this mean it will all be over before humans even notice it’s begun? 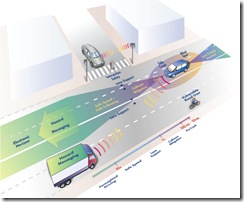 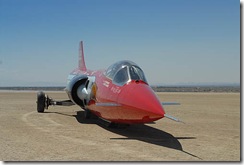