“The proliferation is irreversible. Any cleanup would be too expensive. Given this insight, it is unlikely spacefaring nations are going to do anything significant about cleaning up space,” Kaplan said. “The fact is that we really can’t do anything. We can’t afford it. We don’t have the technology. We don’t have the cooperation. Nobody wants to pay for it. Space debris cleanup is a ‘growth industry,’ but there are no customers. In addition, it is politically untenable.”

“There is a good chance that we may have to eventually abandon all active satellites in currently used orbits,” Kaplan said. “One possible scenario for the future is that we may phase out this generation of spacecraft while replacing them with a brand-new infrastructure of low-orbiting constellations of small satellites, each of which partially contributes to collecting desired data or making communications links.”

These constellations could be placed below 370 miles (600 km), thus avoiding the debris issue.

“Such a new infrastructure could be developed over the next 20, 30 or 40 years,” Kaplan said. “We should have plenty of time to make the transition, so let’s use it wisely. We all caused this problem … there is no doubt about that. And, nobody will claim somebody else did it.”

Nobody will claim someone else did it? Charming political naivete from Mister Kaplan, there; there’ll be plenty of finger-pointing once the rate of failed launches due to debris collisions increases significantly. I’m guessing China will be on the receiving end of most of it, too.

But there’s an old saying in the English county of Yorkshire: “where there’s muck, there’s brass”. If I was looking for a way to monetise a manned orbital station, making orbital junk-wrangling a big part of the commercial offer would be my first angle; maybe no one is willing to pay yet, but demonstrate an ability to save pricey sats from destruction and folk might think differently.

[ If you’re reading this, Elon Musk, my offer to act as a low-cost ideas-geek in your organisation still stands. 🙂 ] 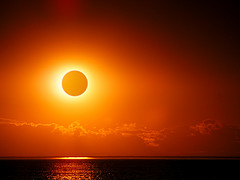