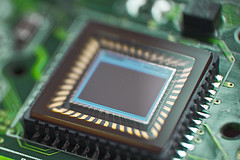 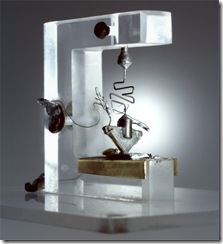 Here’s a little reminder of just how quickly things have moved in recent times: the humble silicon transistor was born sixty years ago to the day. [Image cribbed from linked article.]

And if it strikes you as strange that we should celebrate the birthday of the semiconductor, you’ll probably get an even bigger state of cognitive dissonance from this funeral held for a mainframe computer. [Via BoingBoing]

All we need now to complete the set is for someone to legally marry their laptop … I’ve proposed to mine, but she says I’m too demanding of her time and resources already. 🙁 </3