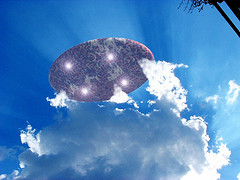 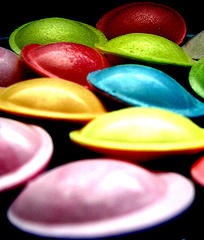 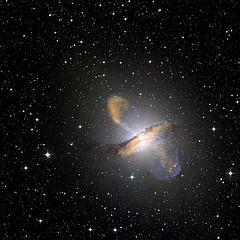 Seems there’s always something new to discover in the field of astronomy. The latest nugget of cosmological excitement is a tiny, dark-matter-free and closely-packed galaxy out in the direction of the Sombrero:

“It was only the size of a star cluster – which typically contain about one million stars – but it shone as brightly as a small galaxy. This indicated the object was an ultra-compact dwarf galaxy, a very unusual object, possibly containing 10 million stars,” he said.

“There is much debate in the astronomical community about how these things form. The prevailing theory is that they are dwarf galaxies that have been stripped of their outer halo of stars by the gravitational forces of the large parent galaxy, leaving only the bright inner core of stars. But we think it may be something else: a massive star cluster that has formed independently,” Hau explains.

Another unusual aspect of the ultra-compact dwarf galaxy is that it is very old – perhaps 10 billion years, indicating it was formed in the early stages of the universe, when things were all the more violent and energetic. Furthermore it appears to consist mainly of stars, rather than the still-enigmatic dark matter, which dominates the mass of most galaxies.

Small it may be, but SUCD1 is hardly peaceful, spitting out a powerful stream of X-rays. The team believes this to be the first time that X-ray emissions have been clearly detected from an ultra-compact dwarf object.

So, not your average ball of stars, then. And it may well turn out to be a natural (if freakish) example of the way the universe evolved…

… but indulge me a minute here, OK? An object much smaller than a normal galaxy, but which shines as brightly as one; an unusual topography of stellar density; an absence of the dark matter we’re accustomed to finding in such objects; a fierce source of X-ray emissions. You know that theory that says we’re most likely to find other advanced civilisations by looking for evidence of mega-engineering projects on the scale of Dyson Spheres and so on? Well, if I was one of the guys at SETI, I’d be booking some radio telescope time to scope out that little dwarf cluster.

[Yeah, I know it’s probably just the first weird little galaxy of its type we’ve seen. But what can I say? I like Greg Egan novels. Image by thebadastronomer; it’s not of the galaxy in question, I’m afraid, but it is very pretty.] 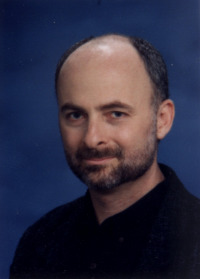 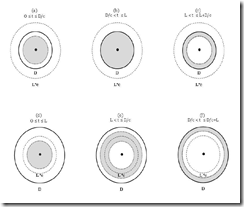 Enrico Fermi asked a question that has troubled those searching for signals from extraterrestrial civilizations ever since: if the universe is teeming with advanced civilizations (as some solutions to the famous Drake equation would indicate), were are they? (From the physics arXiv blog via Improbable Research.)

Reginald Smith of the self-established Bouchet-Franklin Institute in Rochester, New York state, says in this paper, submitted to the International Journal of Astrobiology, that something is missing from the calculations: how far a signal from an advanced civilization can travel before it becomes too faint to hear. Factoring that in, he finds that:

Which means that even if there are a couple of hundred advanced civilizations in our galaxy, it’s quite likely none of them will ever notice the others…and our efforts at searching for extraterrestrial intelligence may be doomed.