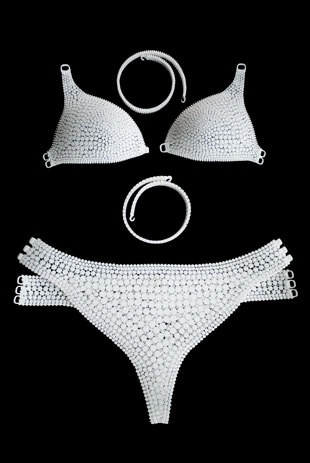 Attention, 3D design wonks and other makers of the future! Remember us mentioning the launch of Shapeways, the on-demand 3D fabrication service?

Well, Shapeways themselves noticed the story, and they figured that maybe some Futurismic readers would like to get in on the ground floor with the Beta version of the service; so there are 150 invites waiting to be used, first come first served.

And if you’re thinking “but I’m not a 3D designer”, don’t let that stop you. Maybe you’ve got a World Of Warcraft character you could get printed out, or a Second Life avatar? Or you could take the opportunity to try out with modelling – log yourself into SketchUp and see what you come up with.

But whatever your motive, move fast – 150 invites only! Click through to the Shapeways Beta login page and use the passcode: FuturBETA

And if you get something cool printed out, make sure to let us know, and we’ll publish a picture here on Futurismic if you want to share. Enjoy!