It was all fun and games until someone took the end-of-the-world speculations one step too far:

A 16-year-old girl in Madhya Pradesh, [India] allegedly committed suicide after watching news on channels about possibility of the end of earth following the atom-smasher experiment in Geneva that began on Wednesday…Her parents told reporters she was watching about the world’s biggest atom-smasher experiment in Geneva on news channels since the last two days following which she got restless and ended her life.

I’m divided between blaming the wildly inaccurate claims circulated by the media, and just a general lack of scientific education for believing these “doomsday” claims. But there’s this, regarding the media portrayal of the event in India, to support both:

The ministry found stories talking about the world coming to an end, shown in various dramatised forms, as unsuitable for “unrestricted public exhibition” and “unsuitable for children“. Media critics have pointed out that instead of looking at the Big Bang experiment as a scientific development, doomsday stories only succeeded in scaring naive viewers and annoying those who saw through the facade. “The experiment has been the talking point everywhere for all the wrong reasons,” a media critic said.

[story from Sify, additional updates from The Times of India, via Bruce Sterling] 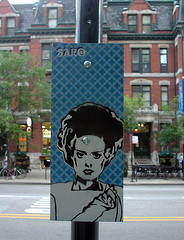 It’s not quite pitchfork-bearing mobs, but still.

Scientists working on the world’s biggest machine are being besieged by phone calls and emails from people who fear the world will end next Wednesday, when the gigantic atom smasher starts up….

Such is the angst that the American Nobel prize winning physicist Frank Wilczek of the Massachusetts Institute of Technology has even had death threats, said Prof Brian Cox of Manchester University, adding: “Anyone who thinks the LHC will destroy the world is a t—.”

Fermilab plans a pajama party to celebrate the start of the experiment. 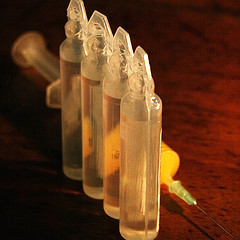 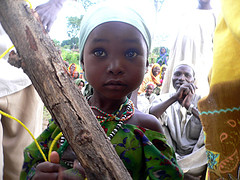 The Canadian TV show “Big Ideas” on TV Ontario had homegrown SF author Robert J. Sawyer on to talk about the effect Hollywood, and specifically the blockbuster concept of Star Wars, has had on the genre of science fiction – specifically how the social commentary edge to it has been dulled on the silver screen, which has extended to writing as well.

Sawyer gives a history of science fiction and how certain works have stood up over time, while others have not.  It’s quite interesting, at least for those of us who like to get meta about our reading genres.  In many past societies, direct criticism of rulers or social norms were ill-received, often ending in prison sentences or worse, while analogies and euphemisms thrived under plausible deniability.  But today, it’s not such a big deal.  Does this spell the end for disguised social critique?  Or do we still need to have our ideas challenged in surreptitious ways?  What say Futurismic readers?

Give the podcast a listen, and as a bonus, listen to Steven Pinker swear on the same page.

[Edit: Fixed the link, thanks to commenter Nancy Jane Moore]