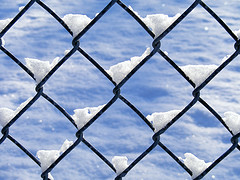 The phrase “jump the shark” has probably jumped the shark, but if I can be indulged in its use one last time, I’ll point out that social software has jumped the shark when you need a MySpace for people to talk about books. Or maybe I’m just cranky about the slickness factor: somehow LibraryThing doesn’t set my teeth on edge in the same way. [mefi]