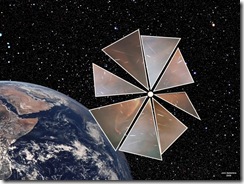 Although the search for extraterrestrial life in our solar system has focused on Mars for many years (and it still might be found there), increasing attention is now being paid to Jupiter’s moon Europa. That’s because the scientific consensus now is that Europa almost certainly boasts an ocean, hidden beneath a shell of ice.

Life on Earth originated in the ocean. Could life have similarly arisen in Europa’s ocean?

We’ll have to go there to find out. Both NASA and the European Space Agency are actively studying launching a mission to Europa within the next decade, but even before that happens, technologies that could help us explore beneath the ice shell are being tested here on Earth. (Via Universe Today.)

This week–February 11 to 15–researchers are testing the NASA-funded ENDURANCE (Environmentally Non-Disturbing Under-ice Robotic Antarctic Explorer), a robotic probe designed to swim on its own under ice, creating 3D maps of the underwater environment, collecting data on environmental conditions, and taking samples of microbial life. The testing is taking place in Lake Mendota on the campus of the University of Wisconsin, Madison; later this year, the probe will be shipped to Antarctica for tests in permanently frozen Lake Bonney.

Manwhile, a team of U.S., Russian and Asutrian scientists are already heading to Australia to look for life in another Antarctic lake, Lake Untersee. Always covered in ice, Lake Untersee has a pH level closer to that of bleach than regular lake water. It’s also the planet’s single largest natural source of methane. All of these things mean conditions there may well resemble conditions in Europa’s ocean and other locations in the outer solar system.

One question: is life found on Europa European, or Europaen? Copy editors want to know!

Freakonomics has an excellent quorum of space experts and economists talking about a very interesting question – Is Space Exploration Worth The Cost? There are some interesting points made although all of the participants are in the field of space science, so naturally they all agree it’s a good thing! It would have been nice to have a few dissenting views but even so there are some good quotes here.

G. Scott Hubbard: “We explore space and create important new technologies to advance our economy. It is true that, for every dollar we spend on the space program, the U.S. economy receives about $8 of economic benefit. Space exploration can also serve as a stimulus for children to enter the fields of science and engineering.”

Keith Cowing: “Right now, all of America’s human space flight programs cost around $7 billion a year. That’s pennies per person per day. In 2006, according to the USDA, Americans spent more than $154 billion on alcohol. We spend around $10 billion a month in Iraq. And so on. Are these things more important than human spaceflight because we spend more money on them? Is space exploration less important?”

John M. Logsdon: “In the longer run, I believe that human exploration is needed to answer two questions. One is: “Are there activities in other places in the solar system of such economic value that they justify high costs in performing them?” The other is: “Can humans living away from Earth obtain at least a major portion of what they need to survive from local resources?” If the answer to both questions is “yes,” then I believe that eventually some number of people in the future will establish permanent settlements away from Earth.”

Personally I agree with Charles Stross that living away from Earth has so many things to overcome that it’s unlikely without huge discoveries but the value of space exploration in our lifetimes may be in asteroid mining – with many new technologies like solar cells rapidly using up some of Earth’s more scarce elements.