Those of you of a certain age will remember Star Wars… not the movies (though you probably remember those pretty well, too) but the Reagan-era space weapons program that took its name from them. And maybe you remember 2008’s brief spate of chest-thumping from the US and China as they demonstrated their abilities to destroy satellites using missiles launched from Earth.

Well, the Obama administration is putting orbital warfare back on the agenda, but in a slightly more positive way – namely by reversing the Bush administration’s previous refusal to discuss potential arms control measures against the weaponisation of near-Earth space. It’s a fine gesture, but there’s a problem – in that swords and ploughshares are very hard to tell apart in this particular domain. Think of it, perhaps, as a nation-state scale version of the street finding its own use for things.

“Dual-use technology will hugely complicate the issue of agreements,” says Joan Johnson-Freese of the US Naval War College in Newport, Rhode Island. For example, missiles that can shoot down other missiles to shield a country from attack could also be used to destroy a satellite in space. Indeed, there is “no fundamental difference” between the missiles used in each application, says Ray Williamson of the Secure World Foundation (SWF) in Washington DC.

Other double-edged swords are satellites designed to autonomously navigate their way to the vicinity of another satellite in space, a technology that the US demonstrated by flying a mission called XSS-11 in 2005.

A country could use such technology to inspect and repair one of its own malfunctioning satellites or to grab it and drag it into the atmosphere to dispose of it without adding to space junk. But the technology could also be used to interfere with or damage another country’s satellite, says Brian Weeden of SWF. “If you can remove a piece of debris from orbit, then if you really wanted to you could probably remove an active satellite maliciously,” he says. “The rendezvous technology is spreading to a lot of places, because people are seeing economic incentive in on-orbit servicing.”

So, how to prevent warfare in orbit? Call in the lawyers and policy wonks!

“I think the key is in trying to constrain behaviours rather than capabilities, because the capabilities are not going to be constrained,” says Krepon. So even if missile interceptors themselves remain legal, an agreement could outlaw their use in tests that destroy satellites.

To deal with the issue of malicious satellites with autonomous rendezvous technology, spacefaring nations might agree to a code of conduct requiring a country to provide advance notice if it expects one of its satellites to closely approach one belonging to another country.

Lots of sensible and noble thinking going on there… but as with all such agreements, the end result is rather dependent on there being no nation-state (or corporation, or other entity) that’s willing to risk international opprobrium by breaking the rules (O HAI, North Korea!). It’s not too big a deal at the moment, perhaps, but if (as seems likely) we start finding good ways to get valuable resources from beyond the gravity well, the economic incentives for playing it fast and loose in Satellite Town will become a whole lot stronger. (Always assuming, of course, that more immediate and mundane economic concerns don’t distract us from peering at the stars from our vantage point in the gutter, so to speak.)

Also worth remembering that there is a genuine need for destructive intervention in orbit; remember us mentioning the rogue zombiesat that no one could switch off? Still wandering about up there, apparently. 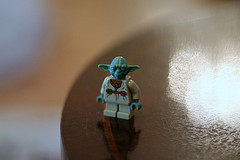 Ken MacLeod points to a visually arresting web-essay called Star Wars: A New Heap, or, How I Stopped Worrying and Learned to Love the Death Star that highlights connections between architecture, design, movie SF and art:

Lucas envisioned a World of Tomorrow dominated by black, white, and gray; hard-edged, massive, and inorganic forms, covered with a salty acne of apparatus.

The film’s visual program was a departure from the saucers and occasional capsules writ large that sci-fi audiences had grown accustomed to, but its colorless symmetrical ships should have been recognizable to at least a small portion of its audience—those familiar with contemporary art.

Lucas hired so many members of Kubrick’s team that their subset of the Star Wars crew was dubbed “The Class of 2001.” But he borrowed selectively. Kubrick’s 2001 environments were cohesive and balanced, informed by architectural theory and late-’60s aesthetics; they upheld the distinction between the astronaut modernists and the alien minimalists.

By contrast, Lucas willfully mashed together minimalism, modernism, and NASA design. Two visual rhetorics are at war on-screen: The first is that of an industrial superpower; the second is that of a rogue fringe of misfits and mismatches. 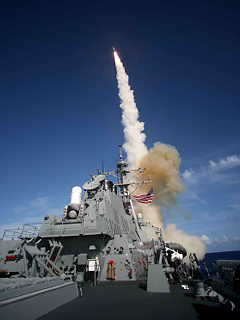 As you may have read, a certain US satellite is heading back to Earth rather faster than expected. Some people are worried that when the satellite crashes back to Earth, the hydrazine fuel cell within may cause chlorine-poisoning-like symptoms to anyone nearby. That two thirds of our planet is water and that the size of the effect isn’t much than a few acres doesn’t seem to matter. The US have decided to blow the satellite up in orbit before we get the chance to play satellite crashland lottery, in a move that many analysts see as retaliation for China shooting down its own satellite last year. At least we might get to see some pretty effects, if someone manages to capture the missile on video.

[story and picture via Responsible Nanotechnology] 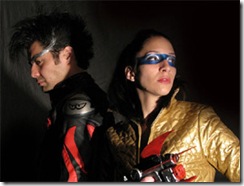