The inevitable high-profile backlash at steampunk’s oversaturation of the cultural Zeitgeist finally arrives (and about time, too). Take it away, Charlie Stross:

It’s not that I actively dislike steampunk […] It’s just that there’s too damn much of it about right now, and furthermore, it’s in danger of vanishing up its own arse due to second artist effect. (The first artist sees a landscape and paints what they see; the second artist sees the first artist’s work and paints that, instead of a real landscape.)

We’ve been at this point before with other sub-genres, with cyberpunk and, more recently, paranormal romance fang fuckers bodice rippers with vamp- Sparkly Vampyres in Lurve: it’s poised on the edge of over-exposure. Maybe it’s on its way to becoming a new sub-genre, or even a new shelf category in the bookstores. But in the meantime, it’s over-blown. The category is filling up with trashy, derivative junk and also with good authors who damn well ought to know better than to jump on a bandwagon.

If I was less busy today, I’d spin out a lengthy rant about the inevitability of this sort of cultural shift; it happens all the time in the world of music, for example (and it happens insanely fast nowadays, thanks to music being predominantly a digital domain populated by the young and computer-savvy). But for now, a brief summary:

Subcultural colonialism, in other words, works in very similar ways to the other, older sort of colonialism… though I don’t mean to imply its repercussions are anywhere near as serious. It’s a similarity of process rather than impact, you might say.

Stross goes on to point out that romanticising the Victorian era is a rather odd thing to do, given that it was extraordinarily grim for the vast majority of people. Personally I think that’s a large part of the impulse; I’m reading a rather excellent book on the era at the moment (Building Jerusalem by Tristram Hunt), and it makes the point that the early phases of the industrial revolution were marked by a wistful yearning for the pastoral/feudal England it had left behind… an England in many ways as mythological and idealised as steampunk’s glossy faux-Victoriana.

Because we know we can never go back, we feel free to reimagine the past as a haven from of the existential horrors of The Now; dreaming about a holiday you can never take is safe, because you can never be disappointed by the reality. Yesterday’s Now isn’t so scary, firstly because its bad sides are almost unimaginable from our current vantage point of Panglossian privilege, and secondly because our very existence implies it was survivable at a civilisational scale – two certainties that The Now doesn’t deliver.

The past is a poster on your bedroom wall. Hi-ho, atemporality.

That may seem like an odd thing for the editor of a near-future science fiction magazine to say, but if you won’t take it from me, here’s Charlie Stross explaining how real-world changes have twice scuppered a near-future fictional work-in-progress, the most recent problem being that unexpected election result here in the UK:

What sandbagged me was the fact that for the first time in a British general election, more people voted for minority parties than for any of the major players; a coalition or a (weak) minority government was inevitable. Then the libertarian arm of the Conservative party went and formed an alliance with the Liberal Democrats in an utterly unprecedented realignment, and according to the latest polls a majority of the population look set to vote “yes” to electoral reform in a year or so. (Link missing because I can’t find the URL I read last night …) So it’s back to the trenches on “Rule 34”, because I have to do a complete re-appraisal of the world-building scenario underlying it in order to figure out whether it’s still plausible; and if not, I have a lot of patching to do.

The unexpected hits you between the eyes, as Our Cilla once sang. Or in the words of Mark Twain: “Truth is stranger than fiction, but it is because Fiction is obliged to stick to possibilities; Truth isn’t.”

I’m tempted to say that the rise of steampunk and other alternate history modes may be a writerly response to the increasing difficulty of guessing ahead over a short temporal distance; if you immediately frame your story as being set in a reality/timeline different to that inhabited by the reader, you’re safe from those sandbags.

And then you’ve got the mode that William Gibson seems to be pioneering with his latest novels, a sort of “alternate yesterday”, a way of looking at the very near past in a way that throws light on the future that will (or rather should, or might) follow on from it. All well and good… but perhaps we’re reaching a point of extreme social and cultural flux where the notion of media products that can maintain their relevance over long stretches of time is an anachronism.

To put it another way: will the classic books/movies/TV of the twenty-teens be celebrated for their ability to capture something timeless about human nature, or for their amber-trapping of a moment in human time that can no longer be revisited in any other way? 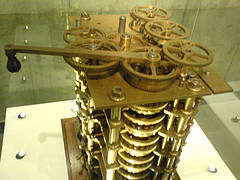 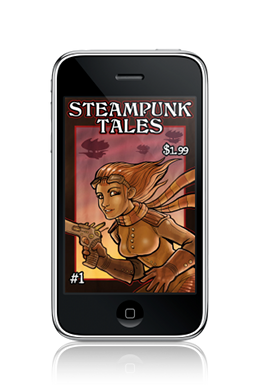 Why, yes, as it happens. Via Weird Tales comes news of the descriptively named Steampunk Tales e-zine, which is only available to you alpha-geeks who are rockin’ the Cupertino Jesusphone:

Emulating the style of the pulp adventure magazines of the 1920s and ’30s, Steampunk Tales contains first-run, original fiction written by an A+ list of award-winning authors. Issue #1 contains 10 stories, each running between 4,300 to 11,000 words, for the unbelievable price of only $1.99. Authors contributing to issue #1 include Jay Lake, Catherynne M. Valente, SatyrPhil Brucato and G.D. Falksen. The cover art was painted by popular artist Melita “missmonster” Curphy.

$1.99 for ten pieces of fiction by pro writers seems like a pretty good deal; it’s a shame you can’t get it any other way than on an iPhone, though.

What about you Futurismic readers with iPhones – is this the sort of zine format you’d pay for? And how does that price-point look to you? 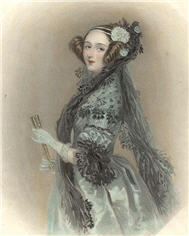