Stephen Hawking made a fair media splash back in 2006 when he announced that humanity needs to clamber out of the gravity well if it wants to ensure its survival. But the internet’s memory is short, despite its theoretical depth, and hence Hawking’s reiteration of the call for a Great Diaspora in a video interview at BigThink is rippling around the world again.

The logic of the argument is pretty inescapable – when all your eggs are in one basket, the odds of losing the game to the statistical inevitability of a global extinction event tend towards unity – but it will be interesting to see how the response differs this time round, given how much the world has changed since 2006. We seem a lot more focussed on the immediate future than we were… and that’s not necessarily a bad thing, though I think we’d be wise to keep one eye on the horizon. Is it just me, or did everything seem a whole lot more optimistic back then, before the economic implosion was anything more than a grim warning on the lips of a few outsider economists?

Or was it just me that was more optimistic, perhaps? Strange how five years of blogging about the future has made me a lot less confident that everything will work out just fine.

Stephen Hawking is doing the promo rounds at the moment (hey, the guy has a new TV show to plug, you know how it goes), and his latest riff is that SETI is a risky business. After all, the arrival of Columbus didn’t work out to well for the indigenous peoples of the Americas, AMIRITE?

Hawking believes we would be well-advised to keep the volume down on our intergalactic chatter and do all we can to prevent any “nomadic” aliens moseying our way to take a look-see. Should they find us here tucked away in the inner reaches of the solar system, chances are they’d zap us all and pillage any resources they could get their hands on. Our own history, says Hawking, proves that first encounters very rarely begin: “Do take a seat. I’ll pop the kettle on. Milk? Sugar?”

“Such advanced aliens would perhaps become nomads, looking to conquer and colonise whatever planets they can reach,” says the theoretical physicist […] “To my mathematical brain, the numbers alone make thinking about aliens perfectly rational. The real challenge is to work out what aliens might actually be like.”

Sound familiar? That’s because it’s pretty much what one Simon Conway Morris was telling the Royal Society back in January. I guess we’ve always seen The Other as a mirror for the worst aspects of ourselves… perhaps this is a sign that we’re really starting to come to terms with our nasty colonial pasts. Well, some of us, anyway.

That said – and as the chap at The Grauniad points out – it’s a bit late to tell us to keep the noise down now, after a century of gradually-increasing planet-wide broadcast output. If alien life exists, and if it really is anything like us on a cultural level, we’d better just hope we don’t have anything of use to them. 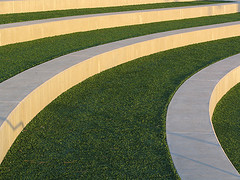