Wow – it seems like everyone and their dog is talking about science fiction and its purposes beyond pure entertainment at the moment..

Via SlashDot comes a post at the Netflow Developments blog, where one Ryan Wiancko (who seems to be coming from more of a media/movies angle) stumbles across the term “speculative fiction” for the first time, and hypothesises that stories designed to make the reader (or viewer) think more deeply about some social or civilisational issue have the potential to save us from wandering into metaphorical minefields of our own making.

Speculative fiction however, if widely adopted makes it almost instinctive that we think about these situations and possible outcomes before they even arise.  It puts our brains into a future simulator of sorts where we are running through countless of possible outcomes for our society every week, culminating to subconscious database of sorts of ‘what if’ scenarios that we carry around with us.  Without this database in our heads we blindly charge forward through the jungle of our progress without any regard of potential cliffs that lay ahead until it is too late.  With a mind that is constantly being challenged with deep thought-provoking what if scenarios we will hopefully be able to recognize some of the signs of these impending cliffs before we are spinning our tires in mid air about to drop 1000 meters to our doom.

Something about Wiancko’s post seems charmingly naive to me, and it’s not just the lumpy grammar… it’s because I went through a similar revelation myself, followed by a brief period of militancy wherein I attempted to spread the idea around (only to find that many other fans and writers had already reached the same conclusion, often decades before I had, much to my chagrine).

While I’m long past the point of believing that some sort of crusade is needed to assert sf’s potential power as prophetic thought-experiment and sociopolitical early-warning system, I’m still supportive of the idea (which is why I consider myself a fellow-traveller with the Mundanes and the Optimistics), and I’m impressed by the regularity with which it surfaces in the opinions of readers and viewers outside of what I would call “core fandom” (for want of a better, less pretentious and more rigidly definitive term).

But where does that notion come from – is it a meme that evolves inevitably from science fiction’s aesthetic, or is it a deeper human need that gets projected onto an artform that happens to embody some of the same forward-looking attitudes? A bit of a chicken-and-egg question, I’ll grant you, but hey – it’s Monday morning, and my mind is wandering. At the moment, I’m siding with science fiction being an outgrowth of the urge to speculate, but I’d be interested to hear defences of either opinion. 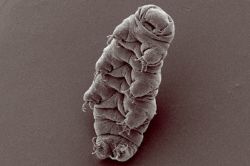