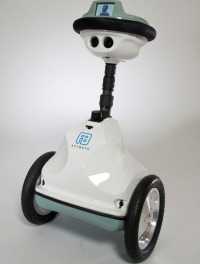 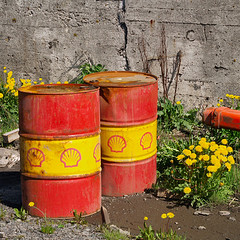 It may be mercifully low again at the moment, but it’s safe to assume that once the global economy adjusts to recent events, the price of oil will obey its historical trend and start climbing once again.

Over at The Guardian, Charles Arthur suggests one of the major outcomes of increasing oil prices will be that travel – be it for work or pleasure – will become much less of a reflex action, at least for those of us who aren’t ridiculously wealthy:

If you need a shorthand for thinking about the future, then, it’s this: analogue will be increasingly expensive; digital will be increasingly cheap. Getting in a car or on a train or a plane? Analogue. Expensive. Non-renewable. By contrast, downloading an album, watching a webcast concert, watching TV: digital. Endlessly replicable, virtually instantly transmitted, cheap.

What, in turn, does that mean for our society? Apart from fewer cars on the roads (though possibly with more people sharing rides in them), it means more time working at or near to home, if your work involves things that can be done digitally. For all those jobs that need to be near to physical things – that is, where you make things like cars or food or whatever – you’ll have to be based nearer the place you work.

I hasten to point out that this is not exactly a new suggestion, but what would have been delivered as a slightly comedic tongue-in-cheek piece of journalism ten years ago (doubtless complete with a reference to “sci-fi futures of virtual travel”) seems much less ludicrous in the light of our new-found interest in frugal living. [image by Atli Harðarson]

I seem to remember one of Stephen Baxter’s Destiny’s Children books featuring a very-near-future Earth where travel is achieved by a kind of mash-up of telepresence and VR technologies. Can anyone think of any other sf stories or books with a similar theme?