A definite close cousin to yarnbombing, thread tagging looks to be a way to make anti-burglary grilles a little less grim: 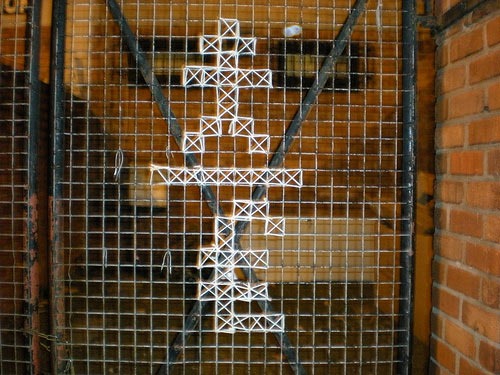 Via Lauren Beukes. To reiterate, what’s important here (at least to me) isn’t the criminality or otherwise of urban vandalism/redecoration, it’s the sudden expansion of its forms and practitioners beyond the traditional “angry young men with spraycans” demographic; that’s a profound cultural shift whose meaning has yet to fully play out.

I mean, look at my own word choices in the headline: ‘soft’ resonates with attributes considered feminine – nurturing, decoration, gentleness – whereas ‘graffiti’ conjures images of male aggression/destruction. A core dualism of Western culture is being subverted here, albeit in interstitial and largely apolitical urban spaces… but then, change tends to start out on the edges of things, after all.