I’ve never read an Ian McDonald novel I didn’t love*.As such, I commend unto you this Tor.com preview of a chapter from Mister Mcdonald’s newest novel, The Dervish House, courtesy of those nice people at Pyr Books.

Continuing his ongoing project of setting near-future sf in developing/non-WASP nations, The Dervish House is set in a Turkey not too far from now, having been recently absorbed into the European Union… plenty of fertile ground for speculation there. A confluence of geography means cultures and ideas have mixed and clashed in that part of the world for millennia, and the sociopolitical state of the Old World suggests it’ll get another turn in the spotlight soon.

There’s a copy of The Dervish House lurking in my TBR pile, and it’s one the ones that keeps whispering to me about how my currently-in-progress reading and reviewing commitments just aren’t as important as I’ve managed to convince myself they are… filthy bookses. They talks to me, they does. Ahem.

So, any other Ian McDonald fans in the house? Or anyone found him not to their taste at all? Tell us why!

[ * Caveat: I’ve not read them all, though. YMMV, etcetera etcetera. But if you can read Desolation Road and genuinely not find it mad charming, you are dead to me. In the nicest possible way. ] 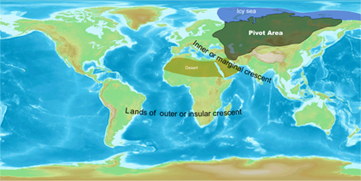