Things are getting real weird real fast. Did you hear about the Germans who insisted on the right to “opt out” of Google Street View and have their houses pixelated? Well, now they’re being targetted by pro-Google activism that consists of drive-by egg-raids and labels stuck to letterboxes proclaiming that “Google’s cool” [via TechDirt].

For the record, I think the folk opting out of Street View are misguided, and the egg-raiders are idiots; no advocacy in this post, I assure you. But think a moment on the high weirdness of this situation, about the mad wild flux of global culture that has made it possible. Just a decade ago, this would have been a gonzo near-future sf plot that any sane editor would have bounced for being charmingly implausible…

I’m sure this is the part where I’m supposed to wonder “how did we get here from there?”, but that’s the weirdest thing of all – I know exactly how we got here from there, because I’ve made a point of watching it unfold like a card-sharp’s prestidigitation, but I still can’t quite tell how the trick was done: it’s hopeful and baffling and wonderful and insane and terrifying all at once.

And things are likely to get weirder as the times get tougher… I’m starting to think Brenda may have a point; the Singularity’s already started, it just doesn’t look anything like the shiny transcendent technotopia we thought it would be. Which shouldn’t be surprising, really… but it still is.

[ * And a posthumous hat-tip to the late Doctor Gonzo for the headline, who I resolutely believe would be taking a similar horrified joy – or perhaps a joyous horror, if there’s a difference – in the headlines of the moment. We’ve bought the ticket; now we’re taking the ride. ] 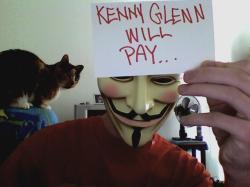