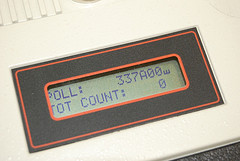 Privatizing the elections was a great idea, as Black Box Voting reminds us:

Diebold/Premier says [it’s] too late to fix a new voting machine 2-minute warning and “time-out” feature which can kick voters off the machine, forcing them to accept a provisional ballot. “At least 15” voters were booted off the machine in Johnson County, Kansas recently, and Diebold/Premier says this is due to a software “upgrade” which sets a timer on voter inactivity. According to the company, the machines receiving the upgrade are used in 34 states and 1,700 jurisdictions.

The average voter takes 4-9 minutes to cast a ballot, according to studies. [Thanks, Todd]

Meanwhile, in Michigan, members of a certain political party say they will use lists of foreclosed homes to challenge the eligibility of voters.

You have till Oct. 15 to submit your 1,000-word Election Day horror story to Apex. 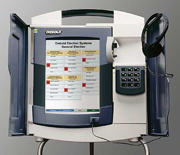 The Secretary of State of California recently ordered a complete security audit of all electronic voting systems in use in the state of California. Despite some concerns about an unrealistic schedule, this appears to be more than security theater — one system was completely decertified, and several other systems (including Diebold and Sequoia systems) were decertified and conditionally re-certified given the imposition of additional security precautions. Bruce Schenier’s got a good roundup of related articles.

I’ve worked the past couple of California elections and have to say that the physical security, at least at the polling sites, is pretty good. Nonetheless, I was glad to see a paper audit tape used last time around.