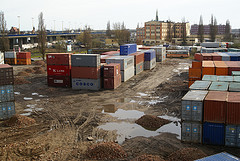 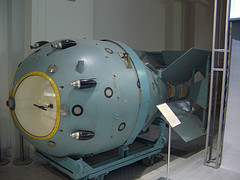 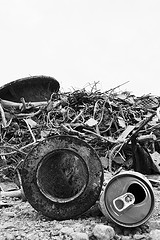 It’s no secret that a lot of the West’s waste ends up in China and other far eastern countries. What you may not have realised is that a significant number of people make a living from sorting, reclaiming and reselling that waste; used plastics to packing chip factories, for example.

Or rather, they used to make a living doing it; now, scrap trading in China has fallen at the hands of the global economic slump:

Minter says the predicament is typical of the trade. “People would borrow money from relatives and buy a container of scrap and then throw all that money back in and reinvest it. Great if it goes up – but the moment it starts slipping, especially if it’s slipping 20-30%, you’re finished,” he said.

Even if you’re so hard-hearted as to think that the economic fate of Chinese scrap workers is no big deal to you, the consequences of this are going to be felt in your world too: China used to import scrap and waste from countries like the US and the UK. Now there’s no one who can make a meagre living by cleaning up behind us, we’re going to have to start doing it ourselves. [image by Paul Goyette]

This month’s Futurismic story is a sober yet striking piece of work; Douglas Lain has constructed a moody and multilayered metaphor that compares our approach to waste management with our approach to our own minds… and the minds of our children.

Charged with subtle emotion, “Resurfacing Billy” will provide you with plenty of food for thought, and greatly rewards a close re-reading. Enjoy!

About half way through my thirty-fifth year, some problems came up. My young son was unbalanced and maladjusted to school, my wife’s bohemian tendencies made her myopic and unable to respond to the situation, and the garbage buried under the wicker weave surface of our neighborhood leaked through. Toxic sludge oozed up in the parking lot of our local Food Co-Op, on the bike trail, and in our own backyard.

I didn’t know what to do about my wife and son, but my solution for the leakages in the Hawthorne neighborhood was the gumball. The design was colorful, nostalgic, and tactile. I felt confident that resurfacing the district with red, green, and yellow globes designed both to stick into a coherent and easily traversable surface and to separate into individual objects that pedestrians could manipulate, would work. I would win another ASLA prize. Organic and absorbent, they were designed to neutralize and sanitize leakages that occurred where the tarp lost integrity; the gumballs would change colors when exposed to toxins, serve as a warning system as well as a surface. END_OF_DOCUMENT_TOKEN_TO_BE_REPLACED 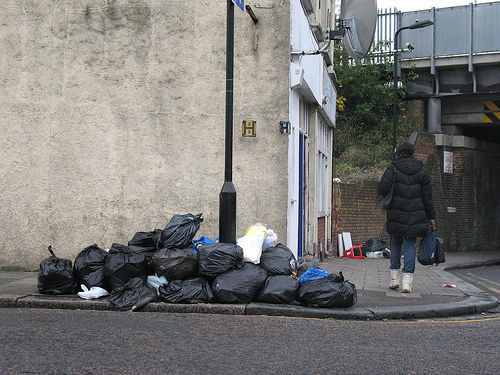