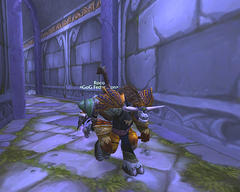 Tired of specious and unsupported media claims that computer games are ruinous to the minds of children? Well, here’s the exact opposite – a number of studies discussed at the American Psychological Association convention demonstrate that computer games can actually develop problem-solving skills in younger players. [image by PhuSon]

Of course, that’s not really news to anyone from a generation that actually plays video games, rather than feeling intimidated by them. However, it does highlight the potential of games to be developed more deliberately as learning tools… but hey, let’s keep Orson Scott Card off the advisory committee, shall we?