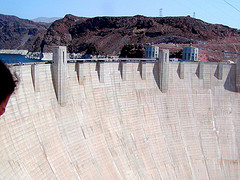 The South of California is a very precarious economy. California boasts between the fifth and tenth biggest economy in the world if viewed as a separate entity, with Los Angeles alone being an economy comparable to all of Russia. One of the main things that makes California so competitive is its agriculture, which makes it the fifth biggest provider of food in the world.

The farms, vineyards and homes of Southern California depend on a great complex construction of dams reaching out to the surrounding states. Drought in the Colorado River is causing huge problems downstream as more people move to the west coast. The supplier, Metripolitan Water District, predicts a dry spell cutting up to 30% of supply to farmers next year, the biggest set of drought conditions since 1991. California is a paradise but the climate and supply lines it is founded on are in a delicate balance that climate change may tip into unsustainability.

3 thoughts on “Southern Californian water cut by 30% next year”