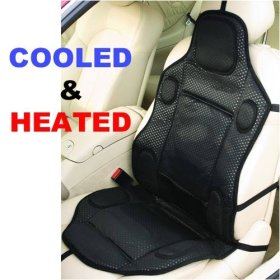 Usually, heat and electric conductivity go hand in hand. Now, thanks to the emerging nanostructure technology movement, scientists think they can separate these two.

“Thermoelectric devices are based on the fact that when certain materials are heated, they generate a significant electrical voltage. Conversely, when a voltage is applied to them, they become hotter on one side, and colder on the other. The process works with a variety of materials, and especially well with semiconductors — the materials from which computer chips are made.”

Previously thermoelectric devices were far too inefficient to be of use. But by adding nanoscale structures a few billionths of a metre across, the heat conductivity of a material can be disrupted whilst the electricity passes through fine, ramping the efficiency up massively. Imagine a computer chip that doesn’t get heated as it works, or a solar cell that uses heat as well as light to generate electricity. Thermo electrics are already starting to get efficient enough to cool your car seat – how soon before they start to be used in the growing low energy pc market?

[via ScienceDaily, image from Amazon.com ]