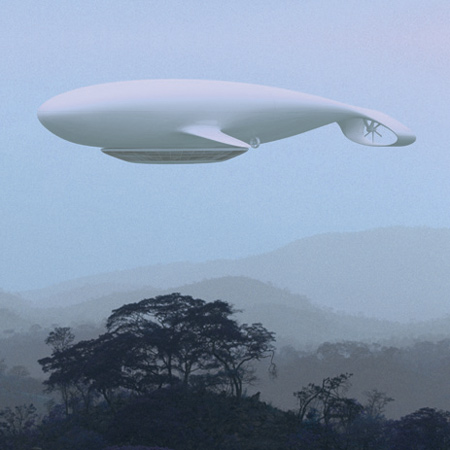 Michael Marshall Smith’s excellent novel ‘Spares’ had a large section of its story set in a crashed flying mall, which previously had flown around the country for people to come up to and shop, eat and live. With airships beginning to come back into favour, the French aerospace research body ONERA has developed the design for a flying hotel called Manned Cloud.

The whale-shaped dirigible would potentially house 40 guests and 15 crew with a range of 5000km. Although airships are less stable in high winds than planes, they also use a fraction of the fuel. Manned Cloud was designed by French designer Jean-Marie Massaud. This kind of sky cruise could be an important part of mid-21st Century travel and using airships for freight would also be very efficient.

[via Lou Anders, image from StumbleUponDemo]

One thought on “A Hotel in the sky”