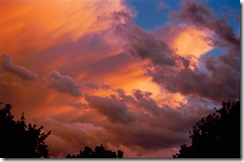 Los Alamos National Laboratory in the U.S. says it has developed a practical method for producing fuel and organic chemicals using only air and water as raw materials. (Via PhysOrg.)

“Green Freedom,” as they’re calling the proposal, is a process for extracting carbon dioxide from the atmosphere and making it available for fuel production through a new form of electrochemical separation. The new process can be integrated with existing technology to produce fuels and organic chemicals.

Of course, the process itself takes energy. Los Alamos’s proposal envisions using nuclear power, but notes that hydroelectric, wind, or solar power could also be used to ensure the process remains carbon-neutral. As a result, they say:

The primary environmental impact of the production facility is limited to the footprint of the plant. It uses non-hazardous materials for its feed and operation and has a small waste stream volume. In addition, unlike large-scale biofuel concepts, the Green Freedom system does not add pressure to agricultural capacity or use large tracts of land or farming resources for production.

F. Jeffrey Martin of the Laboratory’s Decisions Applications Division, principal investigator on the project, will be presenting talk on the subject at the Alternative Energy NOW conference in Lake Buena Vista, Florida, on February 20.

It’s almost like a recycling scheme for hydrocarbons: first you burn them, then you suck the carbon dioxide out of the atmosphere, recreate the hydrocarbons, and burn them again. Very intriguing and potentially transformational idea, if it pans out.

2 thoughts on “Making carbon-neutral fuel from air and water”