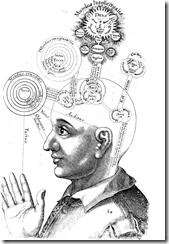 A neckband that picks up nerve signals and translates them into speech has been demonstrated for the first time. (Via NewScientistTech.)

With training, a user can send nerve signals to their vocal cords without making a sound that the neckband picks up and relays wirelessly to a computer, which then converts them into words spoken by a voice synthesizer.

This same device has been used to let people control wheelchairs using their thoughts.

Currently the system, called Audeo, can only recognize a limited set of about 150 words and phrases, but by the end of the year there’s supposed to be an improved version without a vocabulary limit. Although it will be slower–it’s based on phonemes, not whole words–it will allow people to say whatever they want, and should be a boon to people who have lost the ability to speak due to disease or injury.

It’s not the only “mind-reading” technology that’s been in the news recently, either. Researchers at the University of California have developed a system that uses functional MRI data to decode information from the visual cortex. Using it, the scientists were able to figure out which of more than 100 previously unseen photographs subjects were looking at.

What lies at the end of that road? Possibly the ability to access dreams and memories–assuming the way the brain processes dreams is analogous to visual stimuli.

And then there’s the “mind-reading” car that monitors a driver’s brain activity and reduces the amount of information displayed on the dash during stressful periods. In tests, the system has speeded up driver’s reactions by as much as 100 milliseconds–equivalent to reducing braking distance by nearly three metres at 100 kilometres per hour.

The phrase “I know what you’re thinking” has thus far only been addressed by one human to another, and only in a metaphorical sense.

Someday soon, our machines could make it literal.