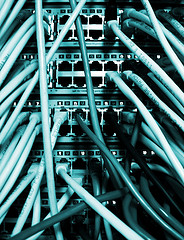 io9’s Michael Reilly linked to an article in The Atlantic, written by Nicholas Carr on how the Internet is changing our reading habits. Michael summed it up in the following line:

The internet is giving us a form of ADHD when it comes to reading, and we should be scared of that.

Ok, Carr does mention the first half of Michael’s point in his article:

For me, as for others, the Net is becoming a universal medium, the conduit for most of the information that flows through my eyes and ears and into my mind. The advantages of having immediate access to such an incredibly rich store of information are many, and they’ve been widely described and duly applauded. “The perfect recall of silicon memory,” Wired’s Clive Thompson has written, “can be an enormous boon to thinking.” But that boon comes at a price. As the media theorist Marshall McLuhan pointed out in the 1960s, media are not just passive channels of information. They supply the stuff of thought, but they also shape the process of thought. And what the Net seems to be doing is chipping away my capacity for concentration and contemplation. My mind now expects to take in information the way the Net distributes it: in a swiftly moving stream of particles. Once I was a scuba diver in the sea of words. Now I zip along the surface like a guy on a Jet Ski.

But the second half of Michael’s point is more or less implied by his view of Carr’s article.  Carr doesn’t try to inject this opinion into the piece, IMHO, but looks at the question from different angles to patch together a picture of how we’re changing in response to new forms of media.  He mentions anecdotes, and expresses professional opinions of sociologists, media mavens, bloggers, and neuroscientists.

Reading, explains Wolf, is not an instinctive skill for human beings. It’s not etched into our genes the way speech is. We have to teach our minds how to translate the symbolic characters we see into the language we understand. And the media or other technologies we use in learning and practicing the craft of reading play an important part in shaping the neural circuits inside our brains. Experiments demonstrate that readers of ideograms, such as the Chinese, develop a mental circuitry for reading that is very different from the circuitry found in those of us whose written language employs an alphabet. The variations extend across many regions of the brain, including those that govern such essential cognitive functions as memory and the interpretation of visual and auditory stimuli. We can expect as well that the circuits woven by our use of the Net will be different from those woven by our reading of books and other printed works.

This article is well worth a read, if not for Carr’s anecdotes, then for the interesting behavioral points addressed by Carr.  Speaking from experience, I don’t find that the Internet has affected my ability to read for pleasure.  Reading long dry books has always been hard for me, and of course the Internet can be a distraction (so what else is new?). What about Futurismic readers, do you find it hard to read longer works because you’ve gotten used to reading short short text bits on the Internet?  Or, are you like me, the type who can balance reading weighty novels with a daily diet of RSS feeds?