Well, if not impossible, then extremely difficult, expensive and time-consuming. Rocket boffins at the 44th Joint Propulsion Conference in Hartford, Connecticut believe that it would be nearly impossible to reach the stars within a human lifetime, as reported in Wired:

Even the most theoretically efficient type of propulsion, an imaginary engine powered by antimatter, would still require decades to reach Alpha Centauri, according to Robert Frisbee, group leader in the Advanced Propulsion Technology Group within NASA’s Jet Propulsion Laboratory.

And then there’s the issue of fuel. It would take at least the current energy output of the entire world to send a probe to the nearest star, according to Brice N. Cassenti, an associate professor with the Department of Engineering and Science at Rensselaer Polytechnic Institute. That’s a generous figure: More likely, Cassenti says, it would be as much as 100 times that. 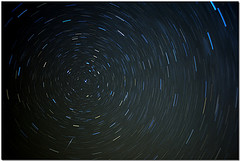 It’s tempting to cite Clarke’s First Law and point out the number of times in history when esteemed scientists have claimed that something is impossible until it is actually accomplished.

However what is really being said by Professors Cassenti et al is that travelling to nearby stars is merely massively expensive in terms of time and energy, to the point of being infeasible.

There are a couple of points I can think of that might be relevant to the discussion of the possibility of interstellar space travel:

1: Increased longevity – if people live longer they may change their perceptions as to what constitutes a worthwhile scientific endeavour. Waiting several decades before we receive any useful scientific information about other solar systems may be unacceptable now, but if engineered negligible senescence is achieved then that perspective might change.

2: Increased wealth – as the global economy increases in size and people (hopefully) become richer the vast amounts of investment needed to travel between the stars will become less of a barrier.

3: As Professor Cassenti says: “We just can’t extract the resources from the Earth … They just don’t exist. We would need to mine the outer planets.” Presumably after exploring and developing the solar system we would be in a better position to launch an interstellar mission – a case of learning to walk before we run.

4: If you were aiming for a one-way unmanned interstellar mission then it is likely that the ongoing miniaturisation of space technology, as exemplified by developments in micro-spacecraft described here, might help reduce the mass of any interstellar probe to the point that it becomes a cheaper prospect.

Dr Robert Frisbee describes what might be entailed by an interstellar spacecraft:

Frisbee’s design calls for a long, needle-like spaceship with each component stacked in line to keep radiation from the engines from harming sensitive equipment or people.

At the rocket end, a large superconducting magnet would direct the stream of particles created by annihilating hydrogen and antihydrogen. A regular nozzle could not be used, even if made of exotic materials, because it could not withstand exposure to the high-energy particles, Frisbee said. A heavy shield would protect the rest of the ship from the radiation produced by the reaction.

So the general conclusion seems to be that interstellar travel is hideously expensive, time-consuming and technically challenging, but hopefully just short of being impossible, as Dr Frisbee points out:

3 thoughts on “Rocket scientists: reaching the nearest star in a human lifetime is nearly impossible”